Not So Lost In Translation: a new Fairtales column 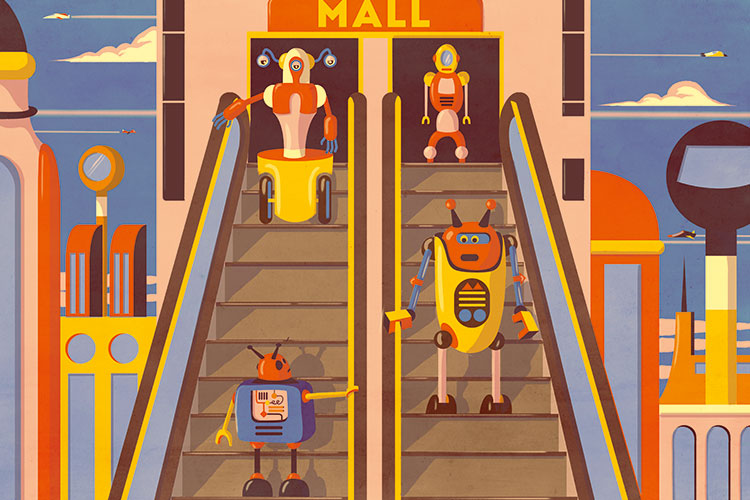 Simona Mambrini, curator of the annual programme of events on translation at the Translators Centre, walks us through the fascinating world of machine translation, after the Machine Translation and Human Creativity masterclass held on March,13th, as part of OPEN UP - the BCBF skill box, organized within the framework of ALDUS UP.

Every year, in the framework of BCBF, the Translators Centre organizes a series of meetings dedicated to the various figures involved in the translation of children's books. This is an area to which the Bologna Children's Book Fair pays particular attention, with the Translator's Workshops held on various foreign languages, thematic seminars and an important international conference dedicated each year to a particularly topical issue.

With a full line-up of masterclasses and workshops throughout the year, which more than ever embodies the fair desire and ability to renew itself, BCBF has inaugurated a new program of virtual events, aimed at both professional translators and students who intend to specialize in the translation of literature for young people, to ensure a continuous professional and cultural updating of the translators who are the creators of that invisible profession which in the field of children's literature has a role of fundamental importance.

In the 1930s, the great mathematician Alan Turing proposed what would become known as the Turing Test: a practical procedure consisting of an imitation game to establish whether the computer was linguistically on a par with the human brain. This same game seems to be played by machine translation as it imitates the translator’s cognitive processes.

The surprising improvement in translation accuracy observed will continue as the machine itself learns and accumulates more experience (Bernardini-Dolei-Garcea-Lecci). Current neural systems are able to make inferences by applying an algorithm, which, like the human mind, applies deductive or inductive logic. The distinctive feature of these systems is their capacity to analyze language in order to understand its meaning. This is a great step forward since the enormous difficulty for machine translation of natural language lies with the ambiguity and complexity of human language. Lacking a sense of the history of the language, the machine fails to identify the specific connotation of words in different contexts and different scenarios of experience (Pym). Indeed, the machine’s lack of creativity is the reason behind the widely held belief that machine translation cannot compete with human translation of literary or more creative texts. Others see the new tools coming out of artificial intelligence as a threat and not as an opportunity for the translator. But is this really the case? Or are things a little more complex than they seem? Could AI help us better understand human creativity, and could the tools developed after years of research assist human creation?

Without doubt, neural translation is a new step in the ongoing revolution in computational linguistics and translation studies, which like all technology revolutions, will inevitably impact the practices, processes and tools available to translators, whatever their specialism. We are just at the beginning of a new technological leap forward that will see the development of a whole new approach to translation, even literary translation, that will require new knowledge and skills.

Recent decades have already seen digital technologies change the world of translation in both obvious and less obvious ways. The scenario is also changing for literary translation. Recent developments show that artificial intelligence and neural machine translation could actually interact usefully with literary translators, providing them with a different take and suggesting new, even innovative, approaches to a translation problem (Gaspari-Scocchera). In fact, literary translators might well face a radical shift in their practices, attitudes and mindsets sooner than they think.

As illustrated by some of the seminars during the meeting, certain types of literary texts already lend themselves to perfectly adequate machine translation, a trend that will become increasing widespread (Guerberof-Toral). A machine is able to translate the same sentence using various shades of meaning and many types of structures. But while machines are able to generate creative solutions, they are unable to distinguish which is best for a specific context since they lack any cultural background and rely exclusively on what has already been translated. This is where the human factor comes in. Creativity in translation is essentially the need and the ability to make non-mechanical choices from the vast pool of available language and provide appropriate solutions to very diverse contexts and situations (Malmkjaer). While we are still far from MT capable of facilitating the translation of poetry between distant languages like, for example, English and Chinese, the current state of MT capability can provide useful assistance in the translation of novels into related languages. “Augmented” AI-assisted literary translation is an opportunity, not a threat. The role of the human literary translator as we know it today will inevitably change. Literary translation will continue to be a stimulating creative challenge between human and artificial intelligence, and if human creativity becomes something that even machines strive to emulate, then so much the better. Perhaps, as Calvino hoped, we might see "a writing machine that would bring to the page all those things that we are accustomed to consider as the most jealously guarded attributes of our psychological life, of our daily experience, our unpredictable changes of mood and inner elations, despairs and moments of illumination. What are these if not so many linguistic "fields," for which we might well succeed in establishing the vocabulary, grammar, syntax, and properties of permutation?». Calvino went even so far as to foresee a possible, not-so-distant scenario in which, «given that developments in cybernetics lean toward machines capable of learning, of changing their own programs, of developing their own sensibilities and their own needs, nothing prevents us from foreseeing a literature-machine that at a certain point feels unsatisfied with its own traditionalism and starts to propose new ways of writing, turning its own codes completely upside down». In other words, the day when machines become human.

[1] I. Calvino, Cybernetics and Ghosts, in The Use of Literature.