An Interview with Daniela Marcheschi 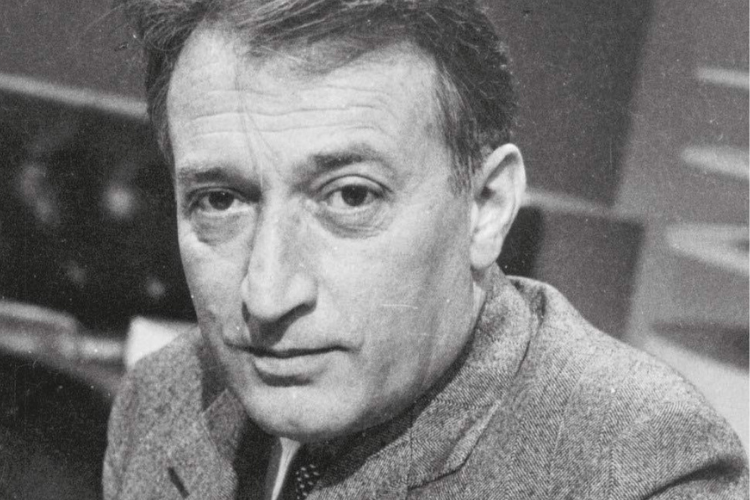 To mark the centenary of his birth, Mondadori has included Gianni Rodari in its Meridiani Collection, publishing a 1800-page volume of his works. We talked with curator Daniela Marcheschi.

In his lifetime, Rodari never achieved much critical acclaim. 40 years after his death, the «I Meridiani» Collection has dedicated a tribute to him, which will finally place him in the hall of fame of the classics of literature. Will it also move him out of the category of children’s book writers?

A publication in the «I Meridiani» series was important to assert Rodari’s major role on the Italian and international literary scene. Rodari is a classic in children’s literature, which is by no means a minor genre. Benedetto Croce wrote that the wood from which Pinocchio was carved was the wood of humanity, meaning that Pinocchio is not a book just for children - or perhaps even that it is not a book for children. Croce was criticising the sort of simple, moralistic literature served up to children, full of dire warnings and sugary sentimentality. Rodari’s great merit is to have created, in the second half of the 20th century, children’s literature in which the author treats the child reader with great respect, acknowledging children’s diversity and otherness. Maria Montessori doubtless influenced him. Added to that is the fact that Rodari was able to balance ethics and ideology. He had no interest in propaganda, wanting rather to share his sentiments and ideas with children, teaching them by thinking together about what good and evil mean. Rodari is also a writer for adults, as his articles in the journal «Il Caffè» show. But his most famous works have always been for children and adults together. Il libro degli errori (The Book of Mistakes) is for adults and young readers. Rodari always bears in mind that the adult reads to and with the child, like a teacher in a classroom. Children’s literature is in fact also directed at adults. So Rodari is a writer for everyone, just like Collodi when he wrote Pinocchio and other less well-known works.

How can the Rodari, author of delightfully playful stories, be reconciled with the same author’s methodical, almost scientific, approach to artistic creation?

These two aspects are not contradictory. Getting to know Collodi - a satirical journalist who became a children’s writer, inventing children’s literature in Italy and then becoming a model throughout the world - was a revelation for Rodari. Reading Collodi, Rodari understood the inextricable link between critical journalism and humour on the one hand, and literature for young readers on the other. He understood how journalism fed into literature, including children’s literature, and could convey a clear social message.
On 31 December 1948, Rodari published a humorous article in the newspaper «Unità» entitled “Il calendario si confessa” (The Calendar Confesses), signed as “Il calendario 1948 e per copia conforme Gianni Rodari” (The 1948 calendar, cc Gianni Rodari). This metaleptic expedient evidently references Carlo Collodi, who signed his articles for «Fanfulla» in a similar way. Collodi’s humorous journalism was a real model for Rodari and one that matched his own personality and natural leaning. In fact, friends and colleagues describe Rodari as a brilliant, ironic, sharp-witted man. On his arrival at Einaudi and while he was a journalist at «L’Unità», no one was spared his pithy remarks.
It’s no surprise that the only articles Rodari kept of the enormous number he wrote were those he penned for his Benelux column in «Paese Sera» – almost 5000 in all. A mix of journalism and literature, part diary part social exposé, they range from commentary on the mores of the day to the general state of the world. Benelux was fundamental for Rodari. Re-reading the articles, you delight in the way he weaves together humour, satire, irony and paradox. Humour, political commentary and social commitment blend perfectly. Serious factual comment and inventiveness, science and the imagination do not clash. Rodari is rooted in the concrete, not the romantic nor the decadent: just as there are laws of logic - a human faculty like the imagination - so too it must be possible to define the laws governing fantasy. Culture and scientific knowledge were both of great importance to him, as is shown by the space the «Pioniere» gave to science and technology under Rodari’s leadership. By the same token, his science fiction writing combines invention, modern science and technology with his powerful imagination. 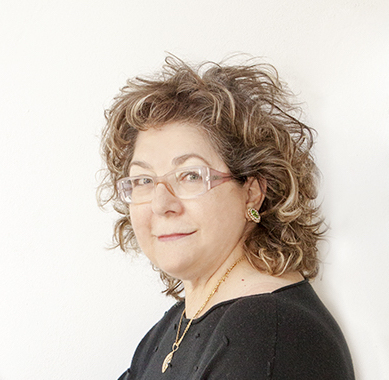 Yes. Rodari is a classic because he is attuned to the essence of a seminal human experience: childhood.

100 years after his birth, Rodari continues to accompany children as they grow up, learn and form their own identities, teaching them the importance of not accepting the pre-packaged world view handed them but rather remain curious about things around them. Is it this that makes him timeless and still relevant today?

Yes. Rodari is a classic because he is attuned to the essence of a seminal human experience: childhood. Childhood equates with the beauty of the world as it unfolds before young eyes, the beauty of curiosity and getting to know that world, and of moving independently in it. It is Pinocchio as he experiences the world; Pinocchio who wants to travel and explore, who puts his trust in the wrong people and learns the hard lessons of life. Rodari’s young characters do not live in a fabulous world of dreams. They are constantly invited to see the world as it is and not ignore evil. They can and must come up against death, disease, injustice, bullying and maliciousness. Yet they always have the possibility open to them of taking it upon themselves to take action against what’s wrong in the world. They become, if you like, expressions of a utopia of a better world, but not in an abstract sense in which childhood becomes a dematerialized state laden with lofty symbols. His children represent the future, a powerful force that could change the world, change reality: they are a “plus” that cancels out a “minus”. As Rodari puts it, that means putting a little bit of tomorrow in every day that passes. For him, children hold a potential for good. This never fails to strike readers, and is one of the reasons, perhaps the main reason, why children love reading Rodari. His is a delight in childhood, in imaginative thought, and confidence in children and life, despite everything.
Naturally, Rodari’s fertile imagination is the other fundamental element of his stories. As I’ve already said, his imagination is not hampered by technology; on the contrary it takes flight as a result. Rodari teaches us that we can and must exercise our imagination on everything that surrounds us human beings. So, when it hails, why shouldn’t we think that one day it might rain confetti? And why can’t an ordinary, uninteresting household appliance like a refrigerator not become the perfect subject for a story (Il Principe Gelato – The Ice Cream Palace)?

Can you tell us about the book just released?

The «Meridiano» volume has three large sections: Nursery rhymes and “stories” in rhyme, Nursery stories and “stories” in prose, and Grammatica della fantasia (The Grammar of Fantasy) and other works. These are of course accompanied by an Introduction, a Timeline of Rodari’s work, Notes on the texts, and a Bibliography.
The first section includes Filastrocche in cielo e in terra (Nursery Rhymes in the Sky and on Earth), Il libro degli errori (The Book of Mistakes), and Parole per giocare (Many Stories to Play). Il libro degli errori was included in this section on account of the formal tension between verse and prose. The nursery rhyme aspect speaks to the child while the tension between poetry and prose involves the adult. This can work the other way around though, as is often the case when children and adults read together.
Nursery rhymes and “stories” in prose include Le avventure di Cipollino (The Adventures of Cipollino), Gelsomino nel paese dei bugiardi (Gelsomino in the Country of Liars), Favole al telefono (Telephone Tales), La freccia azzurra (The Blue Arrow), La torta in cielo (The Cake in the Sky), Gip nel televisore e altre storie in orbita (Gip in the Television and other stories in orbit), Novelle fatte a macchina (Stories written on a typewriter), and C’era due volte il Barone Lamberto (Twice Upon a Time there was a Baron called Lamberto). This section too has that formal tension between poetry and prose that is such a special feature of Rodari’s style. You mustn’t forget either that often the titles of his chapters are themselves nursery rhymes, as in Le avventure di Cipollino.
The volume concludes with Grammatica della fantasia e altri scritti, with texts like Autointervista taken from Il cane di Magonza (The Dog of Mainz) and Le letture di Benelux, his articles for the Benelux column, which show Rodari’s vast cultural interests that range from cinema and literature to philosophy and ethology.

Literature and Anthropology scholar and lecturer, Daniela Marcheschi was born in Lucca, Tuscany, where she is still based. She curated the Meridiani Collection publications of the works of Collodi (1995), Giuseppe Pontiggia (2004) and Gianni Rodari (2020). The author of several volumes and essays translated into English, Portuguese, German, French, Swedish, Spanish and modern Greek, Marcheschi won the Rockefeller Award for Literature in 1996 and the Swedish Academy’s TolkningsPris in 2006.

Mondadori
Illustrators for Gianni Rodari: Italian Excellence
All the Venues