An interview with Masha Titova 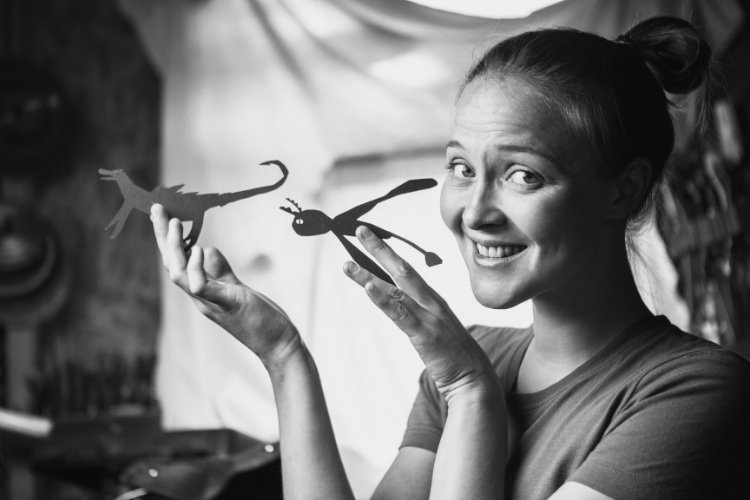 The BCBF Visual Identity Workshop was at its third edition in 2019, when the Russian artist Masha Titova was chosen, among very talented ones, to develop the fair's visual identity.

She was able to create a world in which visitors could happily lose themselves between "page-walls" with figures that melted into the background, and backdrops that materialized into them. It was a fantastic world that didn't follow traditional visual canons, in fact it was totally out of the ordinary.

We interviewed Masha Titova about her work with Chialab and her concept for the BCBF Visual Identity back in 2019, and asked her what she's focusing on right now.

In the 2019 BCBF visual identity, you have transformed the pages of books into a labyrinthine game of walls, houses and stairs, populating them with figures cut out of paper that became backgrounds and backgrounds that became figures. What was the experience to work with Studio Chialab like?

Oh, it was like playing a cool game! Almost immediately after getting to know the studio, we began to juggle freely with ideas, fragments of my new and old works, drawing and building paper walls. The work process was lively, mobile. While drawing and designing, we immediately talked about both the conceptual and the visual part of the project. The first stage of the project allowed me to be free, to trust myself and offer unusual and different solutions. After the sketches were approved, there was more technical and clarifying work. I had to draw the characters, choose a coloring technique, scale and assemble various compositions.

Your illustrations have gone from your scissors to the BCBF pavilions. What do you remember of those days in Bologna?

The first impression? I was shocked! Such a strong, unusual impression to see your giant dragons and dragonflies! Before that, I’ve only seen them in A4 format. I also remember that, when I took the bus from the city center to the fair, everyone had a badge with my fox on their chest! That was so cool! 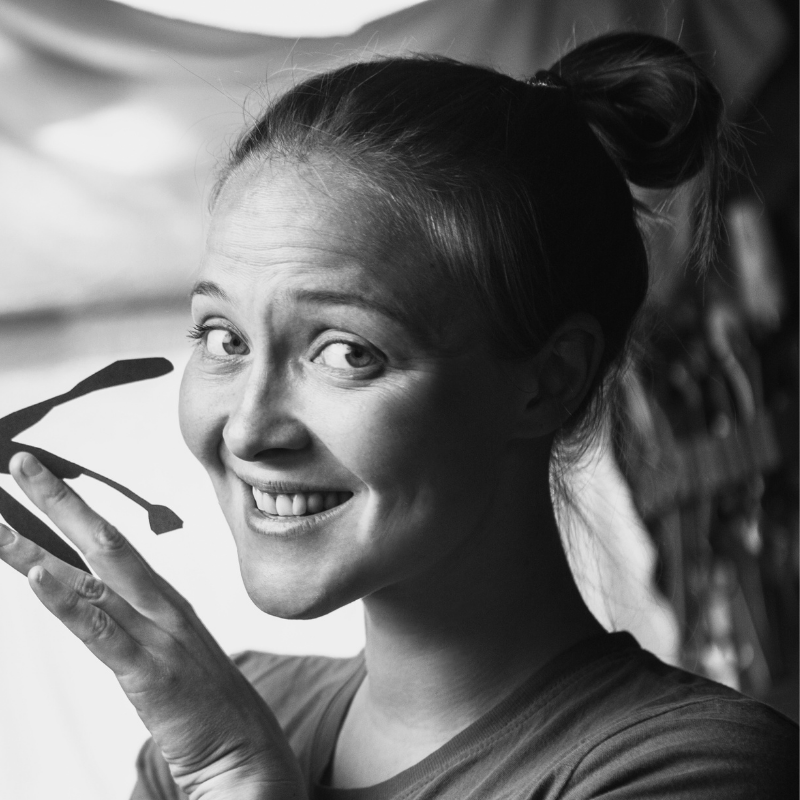 It’s way more interesting and more productive for me to work with the creation of a certain mood, with the transfer of an emotional state, with poetic texts and dreams...

And now? What are you focusing on? Are you working on a project you'd like to tell us more about?

The fair helped me a lot to reach a new level. I became bolder, more confident in myself and in my position as an artist and illustrator, which, I think, is very important. In my work I am curious (the fair also supported this, a lot). I love searching the perfect image and character, playing with the identity of the event or the brand I’m working with. It’s way more interesting and more productive for me to work with the creation of a certain mood, with the transfer of an emotional state, with poetic texts and dreams, than with plot illustration. Right now I’m working on a book with a charming, poetic and deep story that I’m really fascinated with. I’ll be able to show something soon.