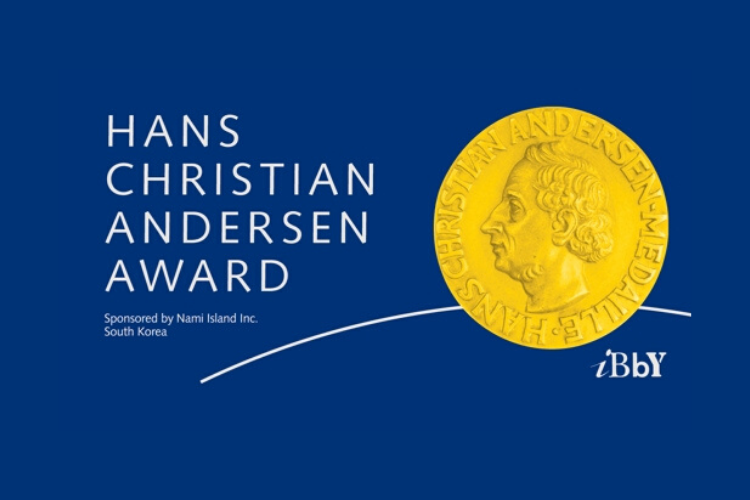 Since 1956, the Hans Christian Andersen Award is the highest international recognition given to an author and an illustrator of children's books. While waiting for the 2020 winners to be announced on Monday, 4 May 2020, let’s get to know something more about this award.

The Hans Christian Andersen Award was first presented in 1956 to an author for a single book and in 1966 it was expanded to include illustrators. The purpose of the Award was, and has remained up to now, to stimulate writing and illustrating for children, to promote work with children's books, and to foster the translation of outstanding children's books, and thus the worldwide circulation of the best books.

The Little Nobel Prize, as it was soon called, carried great prestige from the start, a prestige that has grown with the years. Unlike the "big" Nobel Prize, the Award does not involve a monetary reward; it consists of a gold medal bearing Hans Christian Andersen's portrait and a diploma.

The current regulations stipulate that "the Hans Christian Andersen Award is presented every two years by IBBY to an author and to an illustrator, living at the time of the nomination, who by the outstanding value of their work are judged to have made a lasting contribution to literature for children and young people. The complete works of the author and the illustrator will be taken into consideration in the selection process."

However, during the first three years, the prize was awarded for a single book that had been published no more than two years immediately preceding the nomination. UK author Eleanor Farjeon received the Award for The Little Bookroom (1956), Astrid Lindgren from Sweden for Ramsmus på luffen (1958) and German author Erich Kästner for Als ich ein kleine Junge war (1960). In 1962, the regulations changed to presenting the Award "to a living author who is judged to have made a lasting contribution to good juvenile literature by the outstanding value of his or her work. The author's complete works, in particular those in fiction, will be taken into consideration in awarding the medal." The Dutch/US author Meindert DeJong was the first to receive the Andersen Award for his complete works. Four years later and because of the growth of national illustrator prizes and the increasing production of high-quality picture books, IBBY established a separate Andersen Award for illustrators in 1966. The first illustrator to win the Andersen Award was Swiss artist Alois Carigiet.

The National Sections are invited to propose candidates for the Andersen Jury President every two years. The Jury President is elected by the membership at the biennial General Assembly, they then become an ex officio member of the IBBY Executive Committee for the two-year term, attending every meeting. The National Sections also propose the jurors. These candidates are ideally experts in children's literature who have a broad understanding of what constitutes quality writing and illustration, as well as mastery of a number of languages. The background of the candidates in literary theory and art criticism may vary, but they are all capable and qualified to judge illustrations as well as texts.

The Jurors start off by re-assessing the criteria for the award, and then begin to study and assess all candidates. It is a long process and takes at least a year. The 2020 awards saw the first completely digital jury process. Because of the heavy cost of sending books around the world and the uncertainly of many postal systems, IBBY decided to go digital. Each Juror received digital copies of the books and dossiers. This worked very well, but the feel, smell and holding of a physical book cannot be underestimated. All books and dossiers were available through out the meeting, with the first days dedicated to ‘hands-on’ assessment. In every Award cycle the Jury is fully autonomous in its decision.

Since 2009 the Hans Christian Andersen Awards have been sponsored by Nami Island Inc., for South Korea. The generous sponsorship has allowed IBBY to expand the promotion of the award and support the Jury whenever possible.

When discussing the criteria and evaluation of the candidates, each jury re-visits the basic criteria for the award:

This constant going back to what makes great books for children and young people, is the connection that the Hans Christian Andersen Jury has to a continual re-evaluation and discussion of the criteria for judging children's books in general. Each juror approaches the process from a unique perspective, which depends on his or her cultural background, personal taste, sense of humour, view of children and childhood, and view of children's literature.

Only authors and illustrators who have been nominated by the National Sections of IBBY can become winners of the Hans Christian Andersen Award. All member countries in good standing have the right to put forward candidates for one or both Awards. Almost all of the candidates have already received several other prizes and distinctions. Some are well known outside their own country, while others do not become widely known until the Award is announced.

A very nice tradition connects the Hans Christian Andersen Award and the Bologna Children’s Book Fair, as the announcement of the winners always takes place at the Fair, on the first day. And there’s also another nice connection:  the year after the announcement, the cover of the BCBF Illustrators Annual is created by the illustrator who has won  the H. C. Andersen Award (and the following year by the winner of the Grand Prix of the Biennal of Illustrations Bratislava).

Since the beginning it has been authors and illustrators from European countries and the USA who have been the most frequent recipients of the medals. Farshid Mesghali from Iran was the first winner from outside Europe and North America in 1974. The UK (5) and Germany (6) are the countries with most European winners: Eleanor Farjeon (UK) in 1956, Erich Kästner (Germany) in 1960, James Krüss (Germany) in 1968, Klaus Ensikat (Germany) in 1996, Anthony Browne (UK) in 2000, Aidan Chambers (UK) and Quentin Blake (UK) in 2002, Wolf Erlbruch (Germany) in 2006, Jutta Bauer (Germany) in 2010, David Almond (UK) in 2010 and Rotraut Susanne Berner (Germany) in 2016. Five Japanese creators have won the Award: Suekichi Akaba in 1980, Mitsumasa Anno in 1984, Michio Mado in 1994, Nahoki Uehashi in 2014 and Eiko Kadono in 2018. In 2016 Cao Wenxuan became the first winner from China. Three Brazilians, two writers and one illustrator, have won the Award: Lygia Bojunga in 1982, Ana Maria Machado in 2000 and Roger Mello in 2014. Twice the both winners came from the same country: in 1986 Robert Ingpen and Patricia Wrightson from Australia, and in 2002, Aidan Chambers and Quentin Blake from the United Kingdom.