an introduction to the Illustrators Exhibition by Paola Vassalli 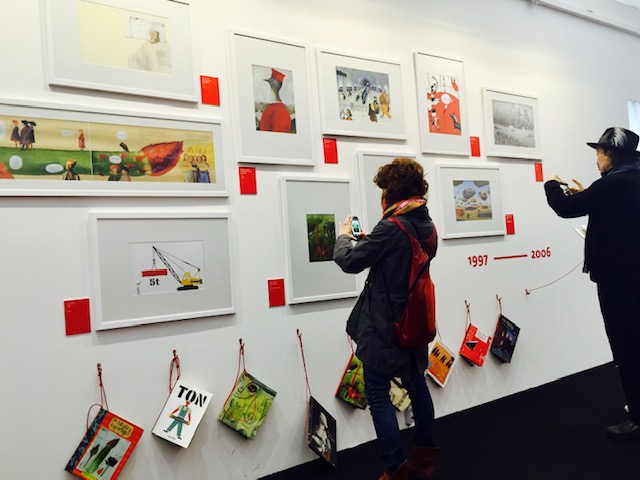 The BCBF Illustrators Exhibition has a long and interesting history, whose story was told in 2016 by the exhibition “Artists and Masterpieces of Illustration”, curated by Paola Vassalli.

Conceived by BCBF to mark the 50th anniversary of the Illustrators Exhibition, it presented a collection of pieces of artworks by the 50 most interesting illustrators who had participated in the event along the years. “Artists and Masterpieces” has been traveling across the world and is still on tour, everywhere accompanied by its catalogue, published by Edizioni Corraini.

It all started at the magnificent Palazzo del Podestà, also called Palazzo Re Enzo. It’s 1967 and the Illustrators Exhibition is making its debut at the International Children’s Book Fair. These early years of the Fair, started in 1964, are now the stuff of legend. Moved shortly after to the Bologna trade fairground, it was instantly acknowledged as the ideal forum for coming together and sharing ideas. The book fair soon made its name as a wellspring of enthusiasm, discovery and inspiration, shaping the thinking and practices of professionals and children’s books aficionados alike. These were years of upheaval for Bologna, the city whose moniker is la dotta (the learned one) for having the oldest university in the Western world; children’s books represented a deeply expressive terrain for this cultural ferment. It is no accident that it was in the 1960s, universally recognised as the golden years of children’s literature, that the Book Fair was created.

“Since 1964, the Bologna Fair has welcomed throngs of famous, emerging or debuting illustrators, easily identified by the huge portfolios tucked under their arm […]. This marked the start of relationships that have become crucial for publishers and artists alike, and it is one of the reasons why the Bologna organisers stage an Illustrators Exhibition during every Fair.”[1] The Exhibition offered illustrators from all over the world the unique chance to showcase their works before an international audience. In 1971, the Illustrators Exhibition was documented by the Annual that soon became a vital tool for publishers, illustrators and anyone interested in the field.

The early Annuals included essays by critics such as Bettina Hürlimann or Antonio Faeti, and publishers like Arnoldo Mondadori, with essays on the history of illustration. Both a painter and illustrator, Faeti was at the time the head of the newly created Children’s Literature department at the University of Bologna when his Guardare le Figure (Look at the pictures) was first issued by Einaudi (it is now published by Donzelli). Faeti says he was inspired to write his book after visiting the 1968 edition of the Fair[2].

However, it was not until ten years later, in 1976, that the first colour catalogue came out and the first jury was formed, with Bruno Munari representing publisher Giulio Einaudi, and Carla Poesio, an expert in children’s literature and one of the Fair’s most loyal supporters. Since then the Exhibition jury has included professionals from every quarter of the publishing world, renowned illustrators, editors, critics and librarians, reflecting a wide cross-section of geographies and cultures. The invariably first rate panels are called upon to fulfil a challenging task of great responsibility. Members of the jury have included Rosellina Archinto, from the pioneering publishers Emme Edizioni, and Gabriella Armando, from Nuove Edizioni Romane, who enabled Italy to discover the “early” Macaulay; Arthur Hubschmid, from the Paris-based publishers L’École des Loisirs and Tom Peterson from the American publishing house Creative Editions. Friedrich and Michael Neugebauer, father and son, from Neugebauer Verlag, now Minedition, would for many years also publish the Exhibition Annuals. Pierre Marchand, who headed the French publisher Gallimard Jeunesse, was a strong supporter of the Exhibition in the early years.

Over the last fifty years there have been too many illustrators to list individually here. I would like to mention Maurice Sendak, feted as the guest of honour in 1988 with a one man show; Leo Lionni, interviewed by children in 1998 at the Illustrators Café and Heinz Edelmann, the art director of Yellow Submarine, the animated feature film that brought the famous Beatles song to the screen defining an era. The artist sat on the jury of the 2000 BolognaRagazzi Award.

This exhibition tells the story of how a community of artists, publishers and readers, who share the same passion for books and reading, have come together in Bologna for half a century. We have divided the show up into decades, and highlighted the illustrators who participated in or made their debut at the Exhibition and went on to celebrity status on the international stage.

We focus on fifty artists from all over the world who shaped the history of the Exhibition and are today part of the history of illustration, offering unprecedented insights into developments and trends in picturebooks and illustrated books for young readers. Artists are featured with their first book, their most successful work, or with the picturebook that best represents their style. Many of the works on display were honoured at the BolognaRagazzi Award.[3]

Fifty artists and fifty masterpieces. Each one is a classic that has influenced generations. Because illustration finds a new life in every new story. 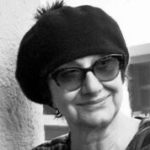 ... illustration finds a new life in every new story.

Curator and museum educator, Paola Vassalli has been involvedwith children’s literature, illustration and arts education since the 80’s. She founded and directed the Educational Art Workshop Services at Rome’s Palazzo delle Esposizioni and Scuderie del Quirinale. From this experience the book collection “Educare all’arte” was published by Electa. She was one of the key people tasked with the opening of public libraries like the “Biblioteche Ragazzi” of the library system of Rome and the “Scaffale d’arte” at the Palazzo delle Esposizioni. She has curated many important retrospectives,including – with Silvana Sola - the Exhibition “I nostri anni ’70. Libri per ragazzi in Italia” (Palazzo delle Esposizioni, Rome, catalogue published by Corraini Edizioni). In particular, she has realized international monographies about the masters of contemporary illustration. She is fellow of Ibby Italia, and since 2019 is a member of the Directive Committee.