How can authors and readers both benefit from webtoons

Originating in South Korean but now worldwide, webtoons are special platforms accessed via mobile apps offering digital-format comic strips. Their trademark features are not just a vertical format that requires continuously scrolling to read, but a participatory component that exploits the digital realm, something traditional comics authors only experienced if readers contacted a newspaper to complain or congratulate the cartoonist for their work.

Today, new media have amplified this channel and are generating new outcomes.

Platforms to start out self-publishing

Authors effectively self-publish, directly upload their own comics to the most famous of these platforms, Webtoon or Tapas.io. This provides talented “indie” creators space to emerge alongside more structured content-providers like studios, which use a team of professionals (screenwriters, cartoonists, colourists...) to create their webtoons. Even if their production process is less structured, independents are often more original and less predictable with their characters and plots. Authors who succeed in attracting reader attention are signed up to one of the platform’s Originals programmes, enabling them to monetize their work and significantly enhance quality, as well as potentially be supported by a team of collaborators.

Thanks to this self-publishing access, non-South Korean cartoonists publish on the platform, mostly in English. Owned by tech giant Naver, the webtoon platform is expanding and being localized into many different languages.

Successes include Lore Olympus by New Zealander Rachel Smythe, and Let’s Play by American Leeanne M. Krecic. Interestingly, after their digital format success, both of these works have come out as graphic novels, the first published by Del Rey (Penguin), the second as a result of Kickstarter crowdfunding. Both have been a big success.

Active user involvement is vital to individual webtoons’ success. The comics are ranked on general platforms or in narrative genre categories (romance, drama, thriller, fantasy, etc.). A story’s ranking (and therefore its visibility on the platform) is determined not just by the number of subscriptions and reads it achieves, but the likes and comments people leave under each episode. Because it is a serial format, new webtoon narrative episodes are released weekly, generating excitement among passionate readers who flock to the commentary spaces to closely parse the text, ask questions about plot points unclear to them, come up with theories, make predictions about narrative developments, and decode visual elements open to subjective interpretation. This space for readers to extend their reading pleasure beyond the few minutes it takes to read the actual cartoons by chatting with other fans is one of webtoons’ most appealing aspects. Episodes of the most popular comics rack up thousands of comments, spawning discussion threads, some of which become heated; the authors are obviously aware of all this, and to some extent it influences their work.

Webtoon creators, especially up-and-coming artists who put a lot of craft into their comics, can take advantage of the white space at the bottom of each episode to leave messages for their readers. For example, a cartoonist might apologize for publication delays due to physical ailments or fatigue from the rapid updates the platform requires, or announce they are taking a temporary break; they might introduce new collaborators or projects, offer space to fanart they have received, or hold Q&A sessions, perhaps responding with amusing sketches. Here, authors can list social profiles from Instagram to Twitter, open discussion rooms on Reddit or Discord servers, or pass on information about their Patreon accounts. Sometimes followed by tens of thousands of fans, creators use these pages and profiles not just to draw reader attention to the latest updates of their webtoons and initiatives, but to talk more personally too: in tune with their audience of teenagers and young adults, many of these young authors spontaneously communicate in the same linguistic codes.

A community of loyal readers can also become a significant revenue stream. Many webtoon creators have profiles on Patreon, a channel where they can publish previews, preparatory sketches, additional content and “non-canon” and “adult” versions of their strips (on which Webtoon, for example, has very restrictive policies). Publishing new content on Patreon requires additional productive effort of the artist, but it is remunerated through fans’ monthly subscriptions. Lily Dusk (Midnight Poppy Land), one of the most actively engaged cartoonists with her fanbase on social media, shares her productive process and, sometimes antagonistically, justifies her stylistic, narrative and professional choices. This level of involvement has made her one of the most popular authors outside Webtoon. Indeed, on Patreon, where subscriptions vary in cost from €1 to €9 per month, she has more than 15,000 supporters, making her one of the best-funded creators on the whole platform. 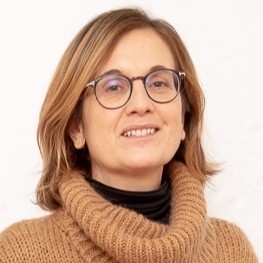 Elisa Salamini promotes culture and digital literacy for adults and children through the organization and portal Mamamò (awarded as Best Digital Project, Premio Andersen 2018). As a journalist, she worked for 10 years at Virgilio.it. In 2017, with Roberta Franceschetti, she founded ContentMakers, an agency which develops crossmedia projects for children and offers training for parents and teachers on the topics of media literacy. She is co-author of the animated series Meteoheroes, the first environmental-themed cartoon (produced by Icona Clima and Mondo.tv). She is author of "YouTuber - Manuale per aspiranti creator" (Editoriale Scienza) and "Educare ai nuovi media" (Pearson Academy).