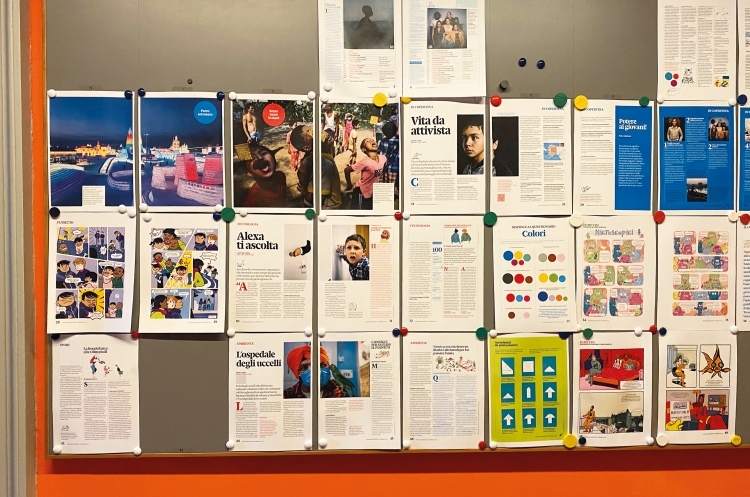 One of the masterclasses of Open Up - BCBF’s new activity area - looked at magazines for children, and the important place illustrators have in this sort of publication.

Discussants Cathy Olmedillas (Anorak), Martina Recchiuti (Internazionale Kids) and Kai Schmitzer (Zeit Leo)  gave us fascinating backstage insights into the editorial side, prompting many questions. We asked Martina Recchiuti to tell us the story of Internazionale Kids - one of the most successful Italian children’s magazines - how it works and what sort of material it presents to its young readers. 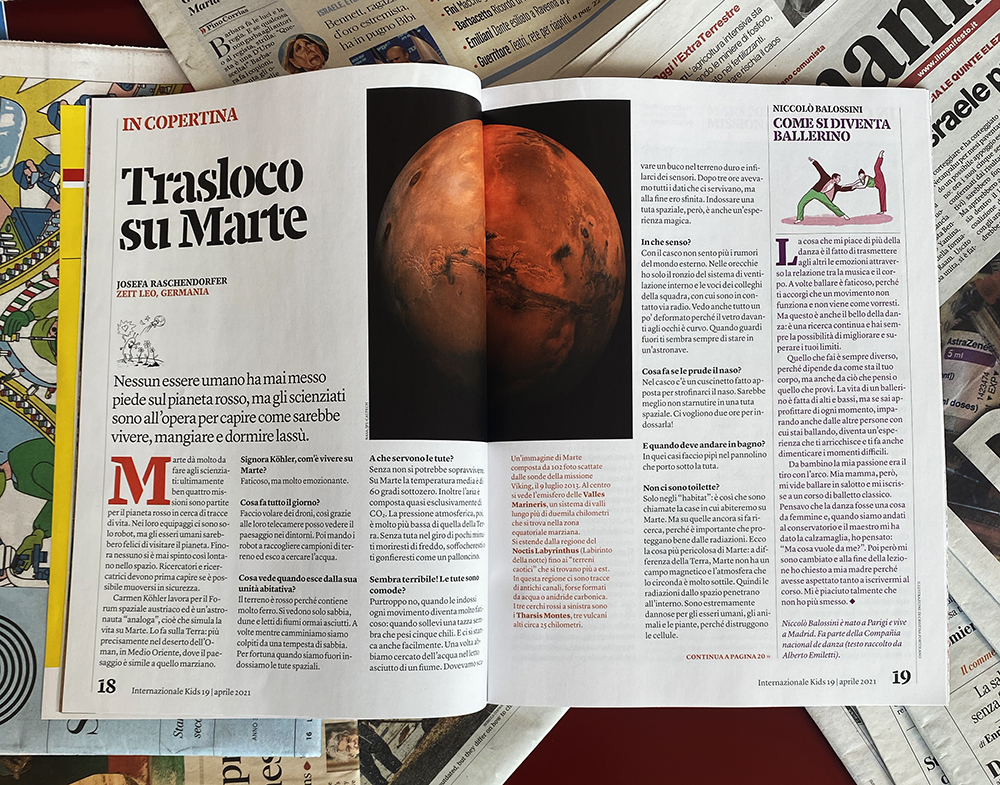 Martina, when did Internazionale Kids get started and what are its special features?

How did the idea for the magazine come about?

Internazionale Kids was started because, besides the excellent Poptus, published by the daily Avvenire, there are very few Italian kids magazines, and because it’s important to let young readers know what’s happening in the world. Kids surf the Internet, watch television, and listen to the radio. They hear what’s going on but need a magazine for their age group to help them understand and decode what they hear. We believe a newspaper designed especially for them can do just that.

What are the main topics you have concentrated on so far?

How is your magazine structured?

The magazine is organized like Internazionale: each issue has a cover story, an editorial, short news items, maps, charts, and in-depth box copy. Articles are divided into topics, e.g., the environment, the economy, culture, technology, and current affairs. Three large header images summarize a topic in the news, while the articles alternate reviews of books, films, TV series, science and maths games.

Considerable space is given to comics; is this also largely material from the foreign press?

Internazionale Kids gives considerable space to photos and comics. Every issue has three or four comic strips translated from foreign magazines, plus an original serialized comic written especially for us. The first was "Aldo e Rosa", a twelve-episode story about an imaginary friendship, written by Susanna Mattiangeli and drawn by Mariachiara Di Giorgio. “Aldo e Rosa” has just been republished by Mondadori and included in the ‘Contemporanea’ series.

The other original comic strip published by Internazionale Kids is “Case rosse”, written by Susanna Mattiangeli and drawn by Rita Petruccioli, now at its seventh episode. The narrative pivots around a group of adolescents as they tackle important issues like racism and gender inequality.

Do you also give special space for articles by Italian authors?

Yes, in addition to the translated articles, the magazine also publishes articles by Italian authors. These include "Tips for saving the planet", "Questions and Answers" and "How to become…", short interviews with people from different professions. For example, we interviewed a rapper, a marine biologist, an ethologist, a fashion designer, a dancer, a sociolinguist, a miller, a beekeeper, and a photographer of glaciers.

What are your plans for the immediate future?

Internazionale Kids is planning a range of future projects. One is a festival for children on major topics of the day. Scheduled to take place in Reggio Emilia, it aims to present a live “in-person” version of the magazine for readers and their families.

Lasting three days, the festival will deal with current affairs, the environment, information, technology, politics, the economy, and human rights. There will be workshops and meetings, photographic projections, and theatrical and musical performances.

We are also working on a podcast project.

Internazionale Kids is on sale at newsstands, on subscription and in some independent bookshops around Italy. It boasts around 30,000 subscribers and sells 10 thousand copies at newsstands. It is a print-only magazine with no digital version - an editorial choice considering the age of our readership (on average 9.5 years).

The monthly now has a very active community of young readers, parents, and primary and middle-school teachers who regularly purchased each month’s issue at their local newsstand. They are avid readers of our weekly newsletter with its printed fanzine, and contact us directly by email or Instagram.

Martina Recchiuti is Editor-in-Chief of Internazionale, where she has worked since 1995. She is in charge of Internazionale Kids, the monthly kids’ magazine started in 2019 containing articles, games and comics from the best children’s journals around the world. Before that, she worked on the technology, web and social media side of the business. In 2015, Martina held a TedX on magazines and new technology. She translated the graphic novel “Fun home” by Alison Bechdel (Rizzoli 2007) and authored the book “A spasso sul Google taxi” (Cooper 2005).

Internazionale Kids
Inside the Kid Magazine