Ways of picturing: visibility and responsibility towards the planet 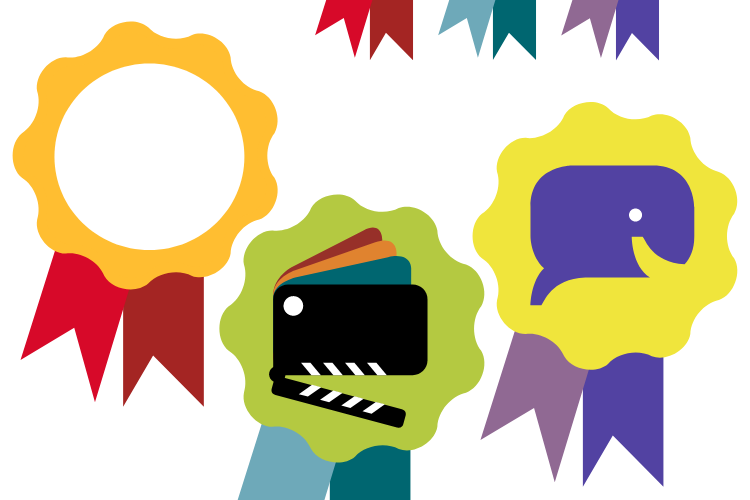 In 2020, BolognaRagazzi Award’s special category was Cinema. The history of cinema is a fascinating topic often explored by children’s books. Cross references abound between the art of picturebooks and the visual narrative universe of movie making. The result is a range of picturebooks showing infinite ways of seeing, picturing and narrating film and the books winning awards and mentions in the Cinema category left us eyes wide shut with wonder!

The winner was the wordless picturebook Museum, co-published by Orfeu Negro (Portugal) with Fulgenzio Pimentel (Spain) and Orecchio Acerbo (Italia). A rich immersive experience, the book itself is a joint effort by Manuel Marsol, who placed his art “at the service” of a subject written by Javier Sáez Castán to produce this silent narrative celebrating movies, art and the printed book. The attentive reader will pick up the many subtle citations and cultural references: from the great master Hitchcock to the art of Magritte.

The special mentions in the Cinema category acknowledged a wide spectrum of diverse books, ranging from the refined dream-like homage to Jacques Tati Monsieur Hulot by David Merveille (part of a series originally published by Éditions du Rouergue) to the visual poetry The Rainbow of Time by the great Taiwanese artist Jimmy Liao – published by the already mentioned Locus Publishing. A special mention also went to Féminin féminin. Las Mujeres de la Nouvelle Vague, a look at the female figures who became icons of this aesthetic movement. The fascinating volume Cinematográfico, a masterful account in pictures and words of the history of cinema, also received a well-deserved special mention.

The theme of the visible and invisible leads us to explore mentions given in the other categories. What we can’t see because it is on the other side is the topic of the simple but effective The Wall in the Middle of the Book, published by Dial Books for Young Readers, by the much-loved author Jon Agee, whose playful consideration of stereotypes artfully uses the physical structure of the book.

The visible is also what we see when we imagine or make-believe as in the phantasmagorical dreamlike visual journey of Le Roi de la Lune by Bérengère Cournut and Donatien Mary, published by Éditions 2024.

More than one of the mentions in the Non-Fiction category seems underpinned by the aim of giving visibility to hidden, forgotten and neglected stories. The splendid volume Suffragette. The Battle for Equality is a historical account of women’s civil rights struggle. This important, necessary book, exquisitely designed and illustrated by David Roberts and published by Two Hoots, has met with international acclaim and already been translated into several languages.

What we see also depends on what we know, but in order to see and recognise, we must be given the right perspective. Memories and storytelling are therefore key to being able to recognise and acknowledge. Personal stories and world history are the core theme of two other special mentions. Author Michal Skibiński took an authentic notebook written in 1939 by an eight-year-old child whose life is interrupted by war, completing it 80 years later in his poetic painterly Widziałem pięknego dzięcioła (I Saw a Beautiful Woodpecker) published by the Polish Dwie Siostry. The second, Infinite Hope. A Black Artist’s Journey from World War II to Peace, is the autobiography of the celebrated children’s author, illustrator, scholar and activist, Ashley Bryan. The “first black creator ever to both write and illustrate a book for children” gives an account of an important chapter in history through drawings and photographs, posters, advertisements, and pages from his diary.

Looking at our planet, we are appalled by the huge amount of plastic we make and consume. What can we do about it? How creative do we need to be to find a solution? Published by Planeta Tangerina, Plasticus maritimus. Uma espécie invasora, a small yet beautiful book written by Ana Pêgo and Isabel Minhós Martins and wonderfully illustrated by Bernardo Carvalho looks at this new species - plastic – and its nefarious spread across the planet.

How we move around on planet Earth is also connected with our knowledge and experience of it. Mapping Sam, by Joyce Hesselberth, published by Greenwillow Books, is a splendid picturebook offering a wealth of didactic material including maps and infographics to introduce readers to orienteering. The Pedagogy of Place approach adopted is posited on the assumption that an awareness of places and environments triggers a sense of responsibility for the safeguard of the planet. This picturebook aims to change behaviour as a result of knowledge.