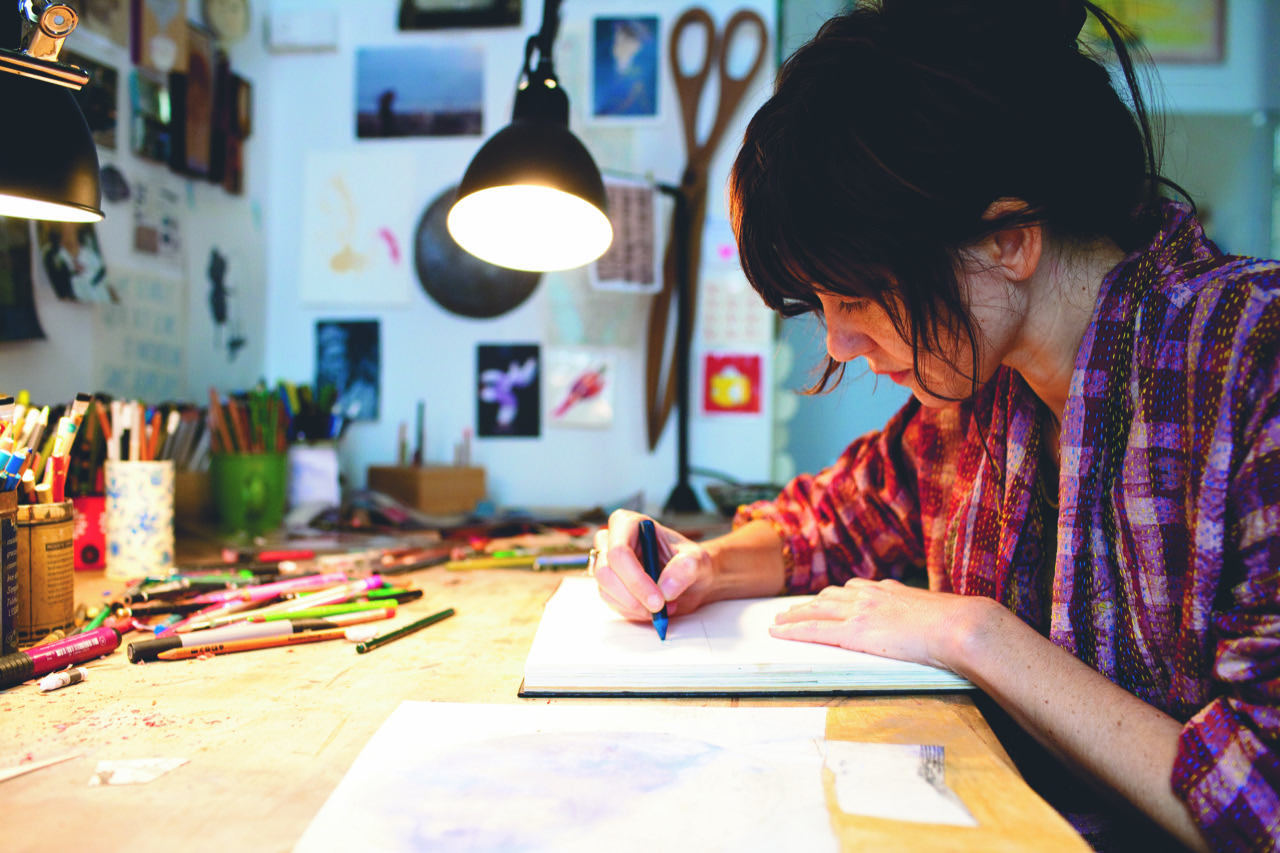 This year the Bologna Children’s Book Fair - BCBF has chosen to celebrate the event’s return to an in-person format with a special, or rather Extraordinary, award to an artist who fully embodies the essence of the Children’s Book Fair. Like BCBF, in fact, Beatrice Alemagna was born in Bologna, but she has gone on to become a true citizen of the world and one of the most esteemed illustrators on the international scene. With her latest work, the book Vi går till parken (Let’s go to the park), published by the Swedish publisher Mirandobok and written by Sara Stridsberg, she offers stunning proof of how art can represent a period of global crisis, such as the prolonged pandemic emergency, through a style that is both poetic and enlightening, without any trace of bombast.

The extraordinary award for an extraordinary artist is the accolade that the Bologna Children’s Book Fair is awarding to Beatrice Alemagna and will be presented during the customary prize-giving evening held on the first day of the Fair, Monday 21 March. This special, unique award is bestowed by BCBF on particularly deserving recipients, such as the extraordinary career and work of Beatrice Alemagna, who has always been an important presence at the Bologna Children’s Book Fair, where she has been selected several times for awards and exhibitions, serving also on the jury for the Illustrators Exhibition in 2021.

The Bologna Children’s Book Fair took the opportunity of the release of Vi går till parken to award the prize. After two years of restrictive measures and lockdowns, and with children confined to their domestic spaces between walls that have never seemed so claustrophobic, a young child’s request to go to the park – the title of the book itself – together with the text by Sara Stridsber is poignant and touching, conveying a strength and legitimacy that we may not otherwise have been able to recognise. This compelling and categorical text is reflected in Beatrice Alemagna’s illustrations, enhanced to the maximum by an art catalogue format with very thick card pages. The image rendered is not that of a stereotypical moment of carefree childhood happiness: these are depictions of poignant melancholy, with dark and spent tones, like the drained atmosphere of a place that no longer welcomes crowds of children but only a couple, a single one, or none at all. A book that is a veritable manifesto of childhood loneliness and that rises up like a scream, testifying to a period that has weighed on children in ways that are yet to be fully understood. 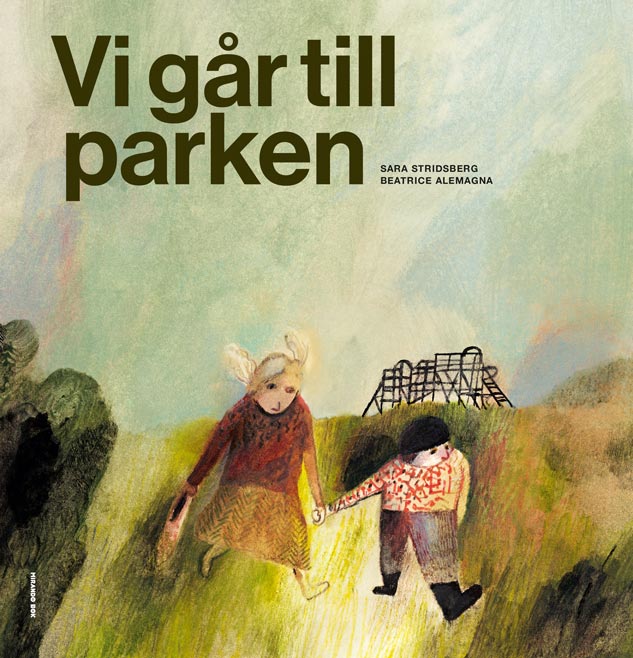 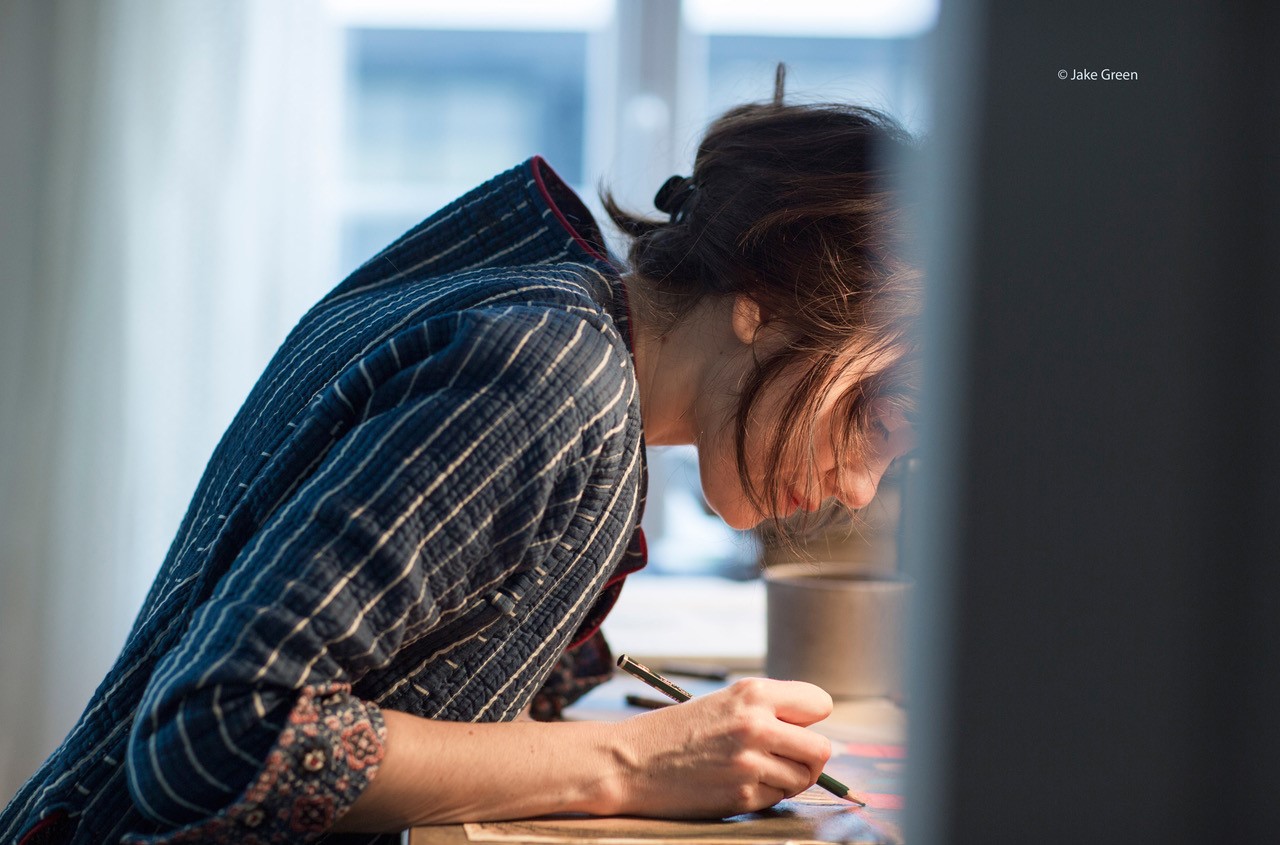 Beatrice Alemagna is the author-illustrator of over forty books that have been translated and published in 25 countries. Born in Bologna in 1973, after studying Publishing Graphics at the Higher Institute for Artistic Industries (ISIA) in Urbino, she moved to Paris in 1997 and began her career as an author-illustrator, first in France and then around the world. In 2006 her book “A Lion in Paris” earned a special mention at the Bologna Children’s Book Fair as the best book of the year as it did also in Taipei in 2007. In 2011 she won the Andersen Italia Award as Illustrator of the Year, and has continued to exhibit her illustrations in numerous solo shows, including those at the JugendBibliotek in Munich, the Montreuil Book Fair (Paris), the American Society of Illustrators in New York and the Archiginnasio Historical Museum in Bologna. Her work has been shortlisted seven times for the Astrid Lindgren Memorial Award, and twice for the Andersen International Award. Beatrice Alemagna has illustrated authors such as David Grossmann, Agota Kristof, Raymond Quenau, Aldous Huxley, Guillaume Apollinaire, David Almond, Astrid Lindgren and several times Gianni Rodari, whom she considers one of her spiritual fathers. Her books have been published by publishers such as Albin Michel, Topipittori, Harper Collins, Tate Publisher, l'Ecole des loisirs, Thames & Hudson, Enchanted Lion, Mondadori, Hélium, MoMA, Seuil, Autrement, Gallimard, Phaïdon, Casterman, Walker Books and La Partie. In 2015 The Huffington Post included “A Lion in Paris” in its list of classic books for children. The same year, two of her books (Gisèle de verre and Jo singe garçon) appeared in Martin Salisbury's prestigious “100 Great Picture Books for Children”. In 2017, her book “On a Magical Do-Nothing Day” was awarded the gold medal by New York’s Society of Illustrators, the Prix Landerneau, the Moulins Grand Prix de l’illustration, and was named one of the ten best books of the year by The New York Times (a title also given to “Gisèle de verre” in 2019). It was also awarded the London Library Association prize in 2018 and the Huckepack prize in Germany in 2019. Her book “What is a child?” (Topipittori 2008) was purchased in 2013 by the Mexican government for all schools in Mexico.