Shanghai through the eyes of 3 Norwegian Illustrators

The “Ni Hao Shanghai” exhibition collects the visual impressions of three Norwegian illustrators—Mari Kanstad Johnsen, Bjørn Rune Lie and Kristin Roskifte—who travelled to Shanghai as part in a 17-day residency programme in November 2019 upon the invitation of the Shanghai International Children’s Book Fair and Magikon Forlag.

The CCBF Illustration Residency programme is based on the concept of artistic freedom, as the artists are asked no more than making full use of their curiosity in their visual reflections. It also involves a collective dimension: in addition to their personal experiments, the residents are invited to create shared dynamics to produce collective pieces.

The openness of this approach is reflected in essence in pieces exhibited in Bologna. Through sketches, individual explorations and collective work, “Ni Hao Shanghai” offers a rich travel narrative to the heart of one of the world’s largest cities—Shanghai. Subtle, singular and always surprising, the artworks form a generous display of styles, techniques and themes, constituting a remarkable tribute to the city as a landscape for discovery and a medium for self-introspection.

The exhibition shows the endless possibilities of illustration as an art and a journey.

Mari Kanstad Johnsen holds a BA in Visual Communication from KHIO (Oslo) and a MA in Storytelling from Konstfack (Stockholm). She lives and works in Oslo as an illustrator, artist and writer. Since graduating in 2010 she has illustrated 20 picture books—five of which she has also written—and two artist books. Kanstad Johnsen has participated in several exhibitions in Norway and abroad, among others at the Norwegian Drawing Association Gallery (Tegnerforbundet), KODE, Fotokino and Le Signe. She also does editorial and commercial commissions and is represented by Heart Agency in London and New York. Her books have won several awards in Norway’s “Årets Vakreste Bøker” (the Year’s Most Beautiful Books). Jeg Rømmer (I’m Out of Here) won a special mention in the BolognaRagazzi Awards in 2017. ABC won a prize from the Norwegian Council of Culture and was nominated for the Brage Award. Vivaldi was on Flavorwire’s list of 20 most beautiful books of all times.

Kristin Roskifte is a Norwegian illustrator and author. She has made eight picture books and also illustrated a number of books for other authors. Her latest book, “Alle sammen teller” (“Everybody Counts”) is being translated to more than 35 languages. In 2019 it was awarded the Nordic Council Children and Young People’s Literature Prize. It also won Gold Awards in Norwegian “Visuelt“ and “The Year’s Most Beautiful Books”, and was nominated for “Brageprisen” and the “World Ilustration Award”. In China it received the Wenjin Award from The National Library of China. Roskifte has an MA in Illustration from Kingston University in London, and a BA in Illustration from Cambridge School of Art. She lives and works outside Oslo, with her husband and their three kids. She has a large collection of sketchbooks where she documents all parts of life on a daily (and nightly) basis.

Bjørn Rune Lie is a Norwegian illustrator who has lived and worked in the UK for many years. He is now based in Scotland. Since leaving art school in 2001, Bjorn has slowly been developing a unique and personal visual language that is easily recognisable, yet highly versatile. Inspired by old botanical illustrations, outsider art and noir films, Bjorn’s work tends to be playful and naive, yet rich in detail and texture. There is a certain strangeness to his work, but also a lot of warmth and beauty. As well as doing commissions for international clients (Deus Ex Machina, The New York Times, The Green Man Festival) Bjorn also works on his own exhibitions and book projects. He has written and illustrated three children’s books and illustrated several others. The yearning for Norwegian nature has long been a feature in his work, most notably in his book “Slapsefjell” (Magikon forlag, 2008) which has been translated into several languages. 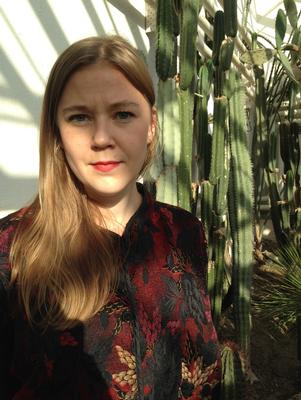 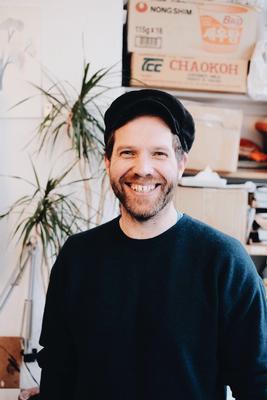 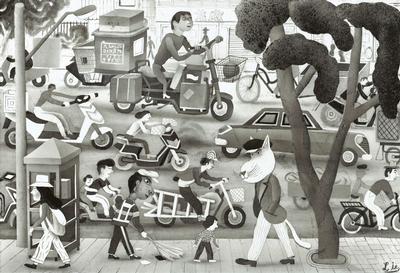 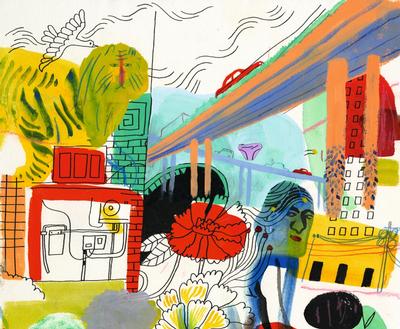 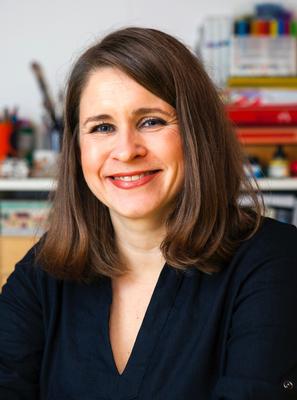 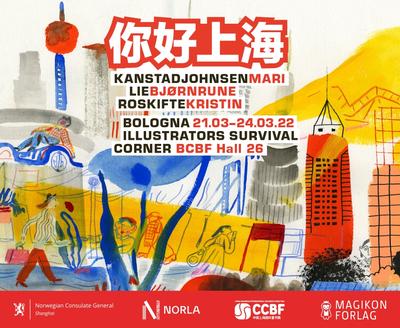