A global spotlight on the most innovative licensed products 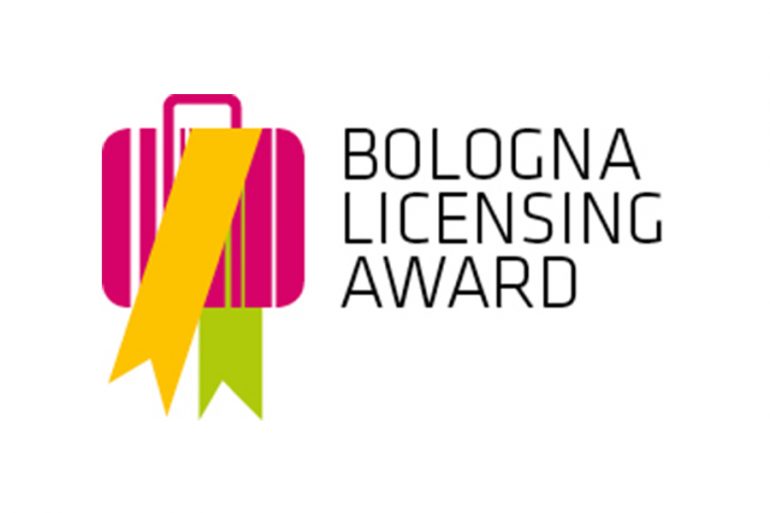 The prize par excellence of the Bologna Licensing Trade Fair, the BOLOGNA LICENSING AWARD signals much more than just the winner at a trade show. It expresses the voice of a community as it takes the stage to look at what works and what doesn’t at a given time on the market. Started four years ago to acknowledge the best products per target - from preschool to adults – today the award includes fashion, promotion and - as of the 2020 edition - also licensed publishing, further strengthening the bond between publishing and licensing. Not only a high level competition with participants submitting their most innovative licensed products of the previous year, the Award is an opportunity for sector professionals to take stock of the market and their achievements over the past twelve months.

The Bologna Licensing Award is internationally recognized also thanks to the fact that Italian licensing is a step ahead in terms of product research compared to many other countries.

In fact, the most innovative and original examples of fashion linking up with licensing – from Monnalisa kid’s wear through to GCDS, the luxury brand for adults – are all Italian. Italian too, are the biggest and newest projects in the footwear sector – like Pokémon’s proposals for Geox. Italy also boasts some of the most well known releases linked to important “celebrations”, like the 60th anniversary of Barbie, and has a key role in Europe for successful international properties like LOL Surprise, Minions, Peppa Pig, Masha and the Bear, and recently, Boing – all brands that have deservedly won the Bologna Licensing Award.

Again in 2020, the winners have been up to all quality expectations, confirming the prestige attached to the Bologna Licensing Award.

TAG: BLTF/Kids
back to previous page