The Poetry of being a BRAW Juror with Morag Styles

Poetry was BRAW 2022 Special Category – and equally special were the titles Morag Styles and her colleagues had to choose from. 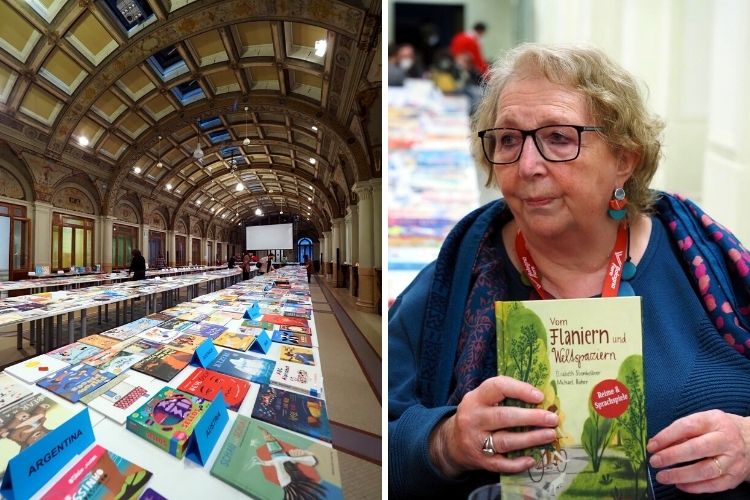 In this heartfelt and insightful post, Former Professor of Children’s Poetry at the University of Cambridge and Emeritus Fellow at Homerton College Morag Styles depicts her experience as a BRAW Poetry Juror. Keep reading for a full report of the judging process!

BRAW award for Poetry and Illustration

Being a judge for a BRAW award is fascinating, exhausting and rewarding. I had two bites at the cherry as I was involved in 2021 when the event was by pdf and zoom, as well as 2022 when I had the pleasure of visiting Bologna and meeting organisers of BBF, plus the judges from my category and others. Most important of all, I encountered this amazing floor of the Library with massive tables of lovely books as far as the eye could see. At last I could look at the actual books we were judging and what a difference that made.

Last year was different. Poetry and Illustration was a new category and I was delighted to be invited to judge as I was equally interested and invested in children’s poetry and illustration through my academic work and research, as well as practical experience with festivals, conferences and exhibitions. I took seriously the advice that it was not the best poetry nor the best illustration that should win the award but the quality of interaction between the two, plus the overall design of the book. It was a shock at first when the entries started coming through as I had not anticipated quite so many! I was delighted by the sheer variety of the international entries and excited by the vitality of children’s poetry and illustration from many different parts of the world. The judges made the unanimous decision to give the award to Cajita de fósforos, an anthology of great quality, full of astonishing Iberoamerican, free verse poetry, inventively edited by Adolfo Cordóva. Juan Palomino’s stunning artwork both complemented and enhanced the verse. A year on, I am certain we made the right choice.

Examining the quality of the poetry and the illustrations was relatively easy; deciding how well the visual elements worked with the text took more time and thought but I found the process utterly absorbing. As one of the judges could not visit Bologna, once again we had the entries on pdf in advance, so I was able to read them and draw up a personal short-list before I travelled to Italy. Examining the books themselves threw all my careful preparation into confusion, as my opinion sometimes altered dramatically once I had the actual volume in my hands. While it was useful to have my notes, I began looking at the books anew. There were some hard decisions to make and a wide range of entries discussed but there was no problem reaching agreement about the winner. Immenses sont leurs Ailes, a modest paperback, was our unanimous choice. In this collection, the fate of Syrian children is powerfully brought to life by Murielle Szac’s poems, and Nathalie Novi’s extensive experience of painting Syrian children was used to magnificent effect. Powerful and moving,

Svac and Novi strike at the heart, as the children in different moods stare out at the reader. Sometimes happy, getting on with childish pursuits, more often accusative, troubled or confused, but still strong and somehow noble. The streak of red across each portrait creates a potent image, suggestive of cancelling out those precious young lives.

I was probably the oldest judge at Bologna, and after working together on the books themselves and composing our comments about the winners, I was ready for a large glass of wine and a very long rest! I noticed, however, that once the work was over, many of the judges began looking at books in other categories, such was their enthusiasm. I could only wish myself young again.

During the judging process, I became aware of all the work that goes on behind the scenes and how efficiently it is carried on by the amazing Bologna Book Fair/ Ragazzi Award team.

Being in Italy again was wonderful after two years of lockdowns, particularly when enjoying Bologna hospitality. Our hotel was close to the most beautiful piazza in the city, we had delicious, sociable meals together, and a special treat was visiting the oldest university library in the western world. The setting, the people and the books made it such a pleasurable experience and all my memories are good ones.

I would like to dedicate this personal account to our colleague from Kyiv and the brave people of Ukraine, suffering the most appalling violence, hardship and danger in Putin’s disgraceful acts of war. 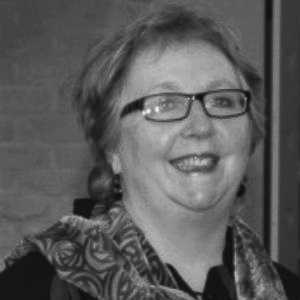 I took seriously the advice that it was not the best poetry nor the best illustration that should win the award but the quality of interaction between the two, plus the overall design of the book.
Morag Styles

Morag Styles was Professor of Children’s Poetry at the University of Cambridge and is an Emeritus Fellow at Homerton College. She is the author of From the Garden to the Street: 300 years of poetry for children, and has written widely on children’s poetry and picturebooks, edited several volumes on children’s literature, and is editor of numerous anthologies of poetry for children.

In 2009, she co-curated an exhibition on the history of children’s poetry at the British Library with then Children’s Laureate, Michael Rosen. She is co-author of Children’s Picturebooks: the art of visual storytelling (2019) with Martin Salisbury , is currently working on a third edition of Children Reading Picturebooks with Evelyn Arizpe, and is writing a memoir of childhood in Scotland and India.