Beyond Sight: tactile illustrations go on tour in Japan

Illustrations and accessibility: the tactile graphics in the exhibition Beyond Sight / Oltre la vista / Miru o koete will be on show in the coming months alongside the 2020 BCBF Illustrators Exhibition on its traditional tour of Japan. Open until 31 December 2020, the art museums of Tokyo, Mie, Ishikawa and Gunma will be displaying tactile graphic versions of  five illustrations by five artists from five different countries  - Andrea Antinori – Italy; Ambre Renault Faivre D’Arcier – France; Koichi Konatsu – Japan; Phoolan Matsak – Germany; Kate Winter – UK - offering a whole new way of understanding illustration, a medium that is usually perceived with our eyes.

An international project developed in partnership with JBBY - Japanese Board on Books for Young People, Itabashi Art Museum, Tokyo, and Rome’s Palaexpo, Beyond Sight is now finally physically on display after its virtual preview at the BCBF Online Special Edition -  the exhibitions in Bologna and at Rome’s Palazzo delle Esposizioni having been cancelled on account of the Covid pandemic.

We talked with Antonella Veracchi and Michela Tonelli, the designers and developers of the tactile illustrations at Palazzo delle Esposizioni’s Art Laboratory in Rome.

How did the idea of this project come about and how did you choose which illustrations to translate into tactile graphics?

The idea for the Beyond Sight project came from the Itabashi Art Museum. They wanted to make the BCBF Illustrators Exhibition accessible to all visitors on the occasion of the 2020 Tokyo Paralympics. Our two contacts on the Japanese side, Ayami Moriizumi and Kijoko Matsuoka, were familiar with our Palazzo delle Esposizioni’s Art Laboratory and the focus we give to illustration and accessibility projects, including tactile support for the unsighted. So they proposed working on the tactile translation of some of the illustrations in the 2020 Illustrators Exhibition. In January we had the privilege of seeing a preview of the Exhibition. Making the selection was a stimulating exercise, and we very spontaneously agreed on how to go about it. We started by choosing first 20, then 10, then five illustrators. Andrea Antinori delighted us with his ironic touch. His illustrations lend themselves to tactile translation that really reflects the original work. The pictures of the Lescaux Caves by art historian, Kate Winter, gave us the opportunity to describe rock art and play with texture and depth. We especially loved the illustration by Ambre Renault of a chameleon since it allowed us to pursue a theme we’ve been working on for some time: achieving equality between the sighted and unsighted. The series on the homeless, and the Japanese illustrations of a bird-dinosaur were also chosen for the same reason, the technique used allowing for good tactile translation.

How long did the tactile illustrations take to make?

After our trip to Bologna to choose the illustrations for transcription, we immediately set to work. The deadline was to have the illustrations ready by mid-April, so we had just three months. BCBF sent us high definition images and immediately contacted the selected illustrators to tell them of the project and ask for their approval. We started by re-drawing the illustrations by hand to make them tactile-readable. For some illustrations that meant minimal editing during transcription; for others the illustration had to undergo more substantive editing as the wealth of small detail would have made the tactile graphics too complicated. In agreement with the artists, we made these changes and printed the tactile graphics using a Minolta fuser to get an immediate idea of any criticalities. Sometimes we had to complete figures that would otherwise have been unclear; on other occasions we eliminated elements, separating overlaid images, enlarging certain details, or creating ad hoc textures.

These first drafts were then tested and discussed with a mixed working group made up of unsighted people and people with different degrees of sight impairment who for years have been following the activities of our art museum and who very kindly helped us throughout this project. The input of Alfredo Capuano from the Mamalbero workshop was also important. Before we went to print, he developed examples made of wood that helped us clear up major issues. In fact, one of the greatest things about this project was the teamwork.

Was translating the illustrations into 3-D form more of a challenge, or did it prompt thinking about how to make details “legible”?

You can’t really talk about 3-D in this case of embossed images of just a few millimetres. But even in these tiny spaces there are lots of possibilities, challenges and things to reflect on. Take, for example, the work of Koichi Konatzu and his series of illustrations of a parrot egg, from when the chick hatches, then as it eats and grows until it becomes a bird-dinosaur. Many of the elements illustrated - the egg and the wings, or the hands and the apple - could be easily transcribed into more 3-D forms. So we took a chance and experimented with 3-D on the drafts. But the test samples were not fully understood especially by people who had been blind from birth since they have difficulty with the concept of depth and perspective in tactile reading. You also have to take into account the importance of the sense of touch. Reading with your hands is complex; it takes time and training. For people with low vision, it’s important to stimulate their sense of touch as they will naturally engage their residual vision to seek out strong clear contrasts, which these illustrations didn’t have. But as often happens, a difficulty can become an opportunity, and this experience proved a very stimulating one also for them.

How did the illustrators react to the idea of a new version of their artwork?

They were enthusiastic about the project and backed it fully right from the start. As we continued working on the illustrations, redrawing them and testing the results with the working group, we gradually defined the changes to make, especially picking up the details that had to be “sacrificed’ for the sake of better tactile graphics. The artists were contacted, some on the phone, others by email, and they followed the whole process from a distance, learning right from the beginning the modifications that would be made, and understanding the reasons why. The artists were also willing to tell us how their work came about, the reasons behind it, the stories and anecdotes that led to the illustrations presented at the Book Fair. We wanted to have an deep insight into the way they work in order to better understand the aspects of the illustration to be highlighted or, where necessary, eliminated. Some of what they told us was then included in the audio track made for each series, a tool that puts the artist in direct contact with the visitors. It was great to exchange views on this with the artists in so many languages and feel their enthusiasm, curiosity and great willingness to participate and see their own artwork from a different point of view!

The first months of the Covid19 emergency meant an exclusively virtual Exhibition. Were the audio/visual contents supporting the online version of the illustrations devised right from the start, or were they developed as the project progressed?

A bit of both. We filmed the whole process of the study, development and testing of the tactile graphics so as to have some internal documentation of the work done and have a record of illustrations that were soon to leave definitively for Japan. Because of Covid19, the Bologna and Rome venues were cancelled and the documentation videos were then put together in a brief video documentary, which is now available on the project partners’ platforms.

The audio for the Exhibition was a different matter. Right from the outset we were adamant about presenting these illustrations using mediation. It was all important to guide hands in the discovery of the pictures, flesh out the material account with sound and smells – applying synesthesia - adding colours and new vocabulary. For both the Bologna Exhibition and the one in Japan we were already preparing a text in black and braille as well as audio tracks to parallel the reading. All of this was subsequently published on the Palazzo delle Esposizioni website.

The project was developed in partnership with the Itabashi Art Museum of Tokyo and JBBY. What feedback have you received from Japan now that the first Tokyo leg of the Exhibition is now over?

The reports from Tokyo are of a great success. Even if access was controlled and hand disinfecting and physical distancing were required, the Exhibition was widely attended and the many comments were positive. We were glad to have confirmation that the message, style and character of the different artists were appreciated and understood by the public, as was the work of the Japanese typhlologists. They succeeded in conveying is the irony, joyfulness and decisive well defined strokes of Andrea Antinori, but also the soft gentle approach of Koichi Konatsu. When it came to Phoolan Matzak’s homeless people, children enjoyed finding the things that are repeated in the illustrations; Kate Winter’s artwork saw them very concentrated on finding the rock art figures they recognized. So far this has been the favourite series, as it was with the Rome working group. Ayami Moriizumi in fact said, and I quote: “Only a week has gone by since the opening of the Exhibition expected. We are very happy to have taken the decision to stage this Exhibition.”

Tactile education and illustration for children and young adults: are there other examples of interesting partnerships happening in the world?

When concern for tactility and accessibility meet up with the picturebook, the result is masterpieces of tactile graphics publishing, like the work by the French publisher Les doigts qui rêvent, and in Italy, the publications of the Federazione Pro Ciechi Onlus. However, the availability of tactile graphics of illustrations for children, as was the case at the last edition of the Fair, still remains an exceptional event. We hope though that this will become more widespread and that various different cultural bodies will start paying attention to making tactile graphics generally accessible. We at the Palazzo delle Esposizioni already started in the spring of 2019 with “Natura in tutti i sensi”, an exhibition dedicated to nature and how it is illustrated in children’s picturebooks. With the aim of making the show available to all, some of the illustrations were translated into tactile graphics on wood. We later learned that this triggered the Beyond Sight project. So we hope this is just the beginning of a long journey. 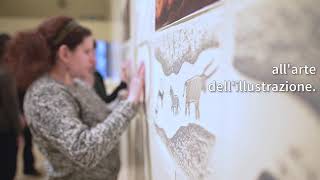 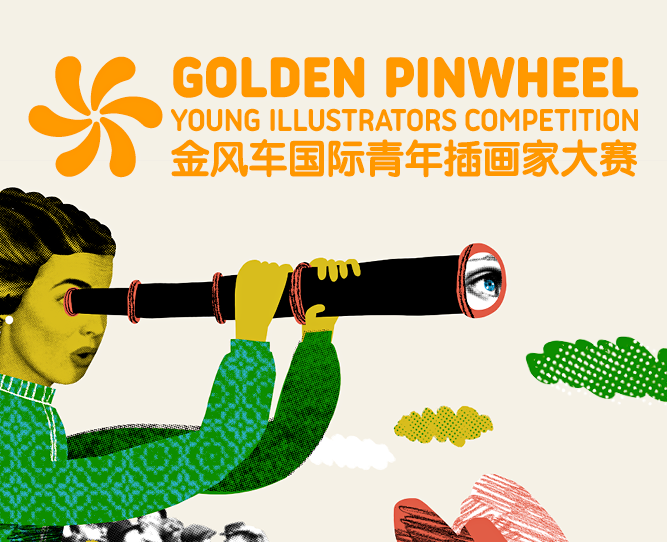