An Interview with Gaia Stock 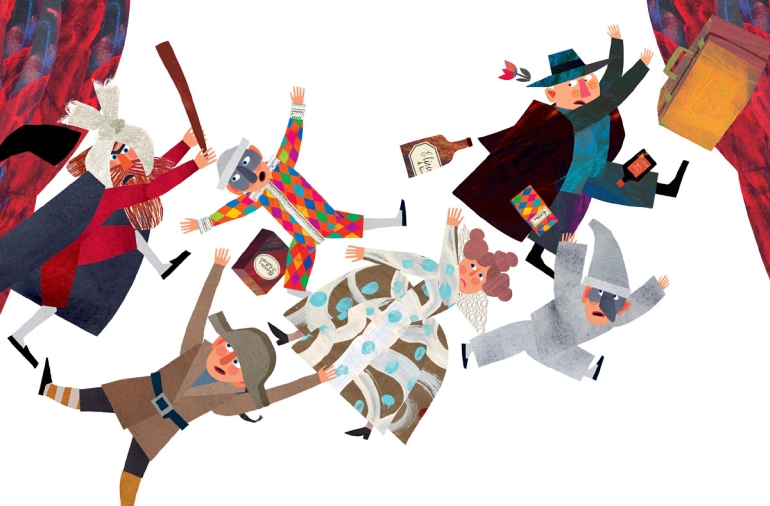 23 October 2020 marks the centenary of the birth of Gianni Rodari. Bologna Children’s Book Fair has organized a new edition of the exhibition “Italian Excellence” as a tribute to this great writer, the first Italian to be awarded, in 1970, the prestigious Hans Christian Andersen Award, and among the most innovative and influential writers of the 20th century.

Displaying works by 21 illustrators who over 30 years put their own interpretation of Rodari’s work into images, the exhibition Illustrators for Gianni Rodari: Italian Excellence traces a sort of timeline of Italian illustration with the range of artists selected: from the greats of design and illustration like Bruno Munari and Emanuele Luzzati through to acclaimed artists of our day.

Promoted by Bologna Children’s Book Fair, the Emilia-Romagna Region, and the Italian Cultural Institute of San Francisco, in partnership with the Italian Consulate General, the Exhibition was inaugurated in Portland, USA, after which it began an international tour that has taken it to many cities and countries across five continents. During the “Italian Language Week in the World” (18-25 October 2020), the exhibition was presented simultaneously in 19 countries, through the network of Italian Cultural Institutes and other prestigious settings. The exhibition is also shown virtually on BCBF Galleries.

2020 has been the year of Gianni Rodari. Major publications and an itinerant exhibition of famous artists who have illustrated his works is being shown around the world.

The enormous popularity of this author seems boundless. In Asia, Rodari is meeting with ever increasing success.

Rodari is a complex writer and can be read and appreciated for many different reasons. His first great success abroad was in former USSR countries, which was linked to his membership of the Communist Party. In the 1960s, his character Cipollino was more famous in Russia than Mickey Mouse. Perhaps for the same reason, he was less warmly received in the United States. Today the enthusiastic reception he is having in Asian countries is, we think, due to the so-called didactic side of his stories rather than his wacky wordplay and pungent irony, which is very European… Of course though, these are only suppositions. You have to remember that translating Rodari well doesn’t require a translator; it needs a magician! 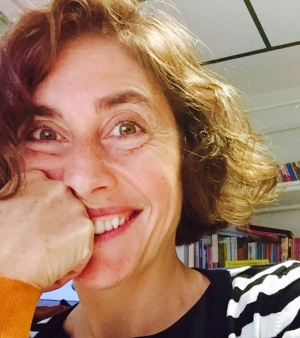 Rodari’s inventive stories paint a world that is fair, peaceful, antimilitarist, concerned for the environment, the less fortunate, and the role of women. He deals with ethical issues bound up with science and technology.

Many of the issues dear to Rodari, such as the environment or the role of women in society, are as relevant today as they were then. Do you think this may also be one of the reasons why he is still so loved today?

Yes, certainly. Rodari’s inventive stories paint a world that is fair, peaceful, antimilitarist, concerned for the environment, the less fortunate, and the role of women. He deals with ethical issues bound up with science and technology. What he did, wrote and thought was revolutionary for his times and still is today. The subjects is he tackled reveal great farsightedness and openness of mind, and are ever more central to our lives today.

The exhibition Illustrators for Gianni Rodari: Italian Excellence presents are sort of timeline of Italian illustration as it spans a broad range of original works by 21 illustrators who gave their own very personal interpretation of Rodari’s work. What was your impression seeing this extraordinary gallery of illustrations covering the full spectrum of Rodari’s works?

As Calvino would say, Gianni Rodari is one of those classic authors who will always have something to say. This comes across very clearly in an exhibition like this that brings together some of the most beautiful illustrations ever made of his stories, poems and nursery rhymes. You get the sense of inexhaustible source material. For more than 60 years, his work has fired the imagination of illustrators whose graphic or pictorial interpretations mirror their own times. And I’m sure that’ll be the case for a long time to come. The great privilege of being Rodari’s publisher is to see the sort of work that is done on his writing, how it is read and reinterpreted constantly - requiring the development of new publishing projects. Every time new meaning is discovered or new inferences are found in the music of his prose, new images and associations spring to mind, which in turn leads you to follow your instinct that such-and-such an illustrator would be just right to capture those words, that particular character and those colours.

Picking out a new Rodari is no easy task, but if we had to say who has taken up his ‘legacy’, who would it be?

That’s true, it would be very difficult to identify someone today playing such an extraordinarily seminal role as Rodari, for he broke with the past and created a whole new language, a new way of communicating between adults and children that goes well beyond the confines of literature. There are many ‘Rodarian’ authors today. His lesson is as vibrant as ever because he opened up a new way of looking at the world from different original points of view, showing the boundless possibilities of playing with words. He empowered imagination, gave it a legitimate status as man’s greatest resource before the reality of the world. His stories have neither happy or sad endings. They finish with a question mark. They invite the reader to continue, take an active part, take sides, and create. And all of this is conveyed with unfailing humour in all his work, whether story or nursery rhyme – as in his seminal theoretical essay The Grammar of Fantasy, a compendium of his experience and experiments. The possible applications are legion, indeed infinite.