an interview with Daniele Castellano 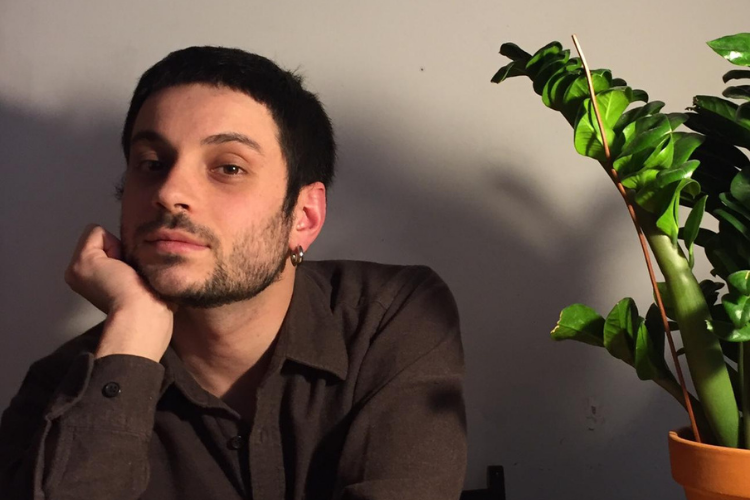 It was 2017, and Bologna Children’s Book Fair decided to make a change. That year, the fair's visual identity was commissioned to a young artist chosen among the many talents selected for the Illustrators Exhibition, under the guidance of Chialab Design studio.
The time had come to hand over the task of BCBF visual image to the world of illustration, a major player at the fair since the very outset.
It was the beginning of a wonderful journey and the beginning of the "BCBF Visual Identity Workshop" as well together with Chialab, the design studio in charge of the event’s visual identity since 2009.
We interviewed Daniele Castellano, the first chosen artist back in 2017, about this experience and what's he focusing on at the moment.

In 2017 the BCBF Visual Identity was made of five fantastic creatures, born from your and Studio Chialab’s work. A few years later, what do you remember of that experience?

I remember the days I spent with the Chialab staff, developing the concept.
We had to to think of something composite that could be divided into the various sections of the fair and recomposed at will on the various formats of signage and paper. The idea of a fantastic bestiary in which you can mix different parts of animals to obtain new species is now a classic of children's literature - especially thanks to Professor Revillod's Universal Bestiary. Exploiting this mechanism seemed to us a good way to pay homage to this kind of publications and build a legible and evocative image. The idea provided that the parts of each animal were completely interchangeable, so as to potentially generate a large number of chimeras (120, if I'm not mistaken). Unfortunately, it wasn't possibile to create this subdivision into re-shuffable modules and the chimera I had to choose was the one we all know, while all the other combinations remained to run around in our imagination.
For many, the 2017 edition of BCBF was “the chimera one". How was for you to find them around the fair, in all the pavilions and on the the printed material going around as well?

Although I had spent the previous months trying to figure out what the result would be like once printed and set up, seeing my drawings reproduced in those big formats, scattered throughout the pavilions, was truly amazing. In previous editions, honestly, I'd never paid too much attention to the BCBF visual identity. The book fair location, as well as its coordinated image, were only the container of a boundless world that, as a recent graduate in disarray, I found already difficult to understand. I thought my work would have marginal visibility, like a sort of figurative trace that would guide visitors with discretion.

Instead, already on the external façade of the entrance my animals darted on the giant screens. Immediately after the turnstiles there was a huge totem of the chimera, and the main hall (where the illustrators exhibition took place)was literally covered with giant posters.

The impact was very strong, and there were several moments in which my enthusiasm turned into fear that my drawings were intrusive and unwelcome by visitors. I think it's a predictable reaction for someone like me, used to drawing in intimate calm in my bedroom, and to see my works reproduced and disseminated mainly on humble paper sheets. 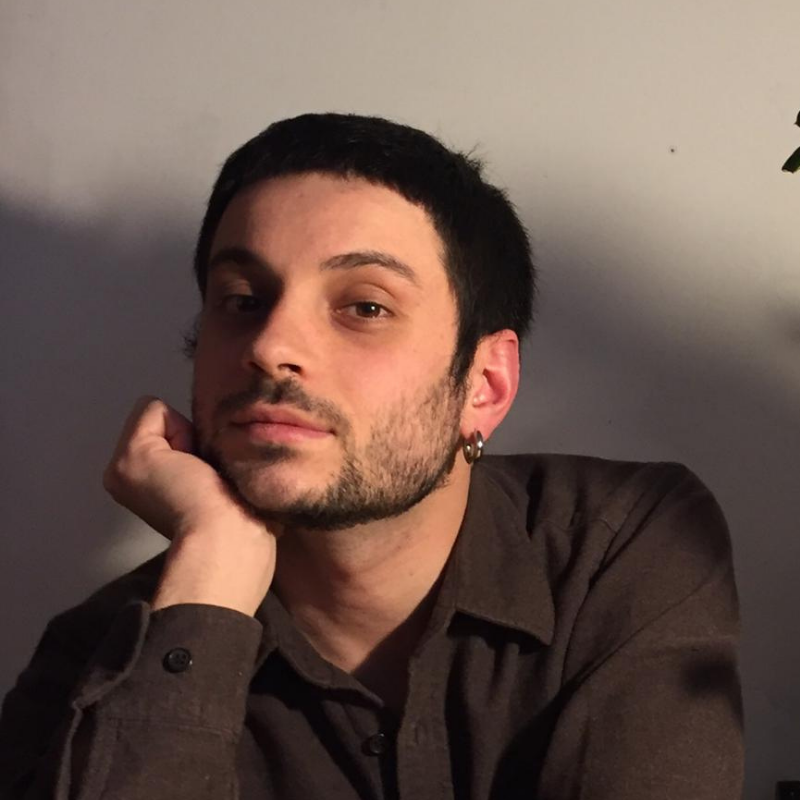 Creating a world that, for better or worse, will shape a person's imagination is a responsibility and a privilege that should not be underestimated.

It was the first time that an illustrator among the ones selected for the Illustrators Exhibition got picked to work with Chialab on the fair visual identity. Do you have a special memory of those days that you'd like to share?

I remember pretty well my interview at the illustrators' café. It was quite funny to find myself seated between two of my former teachers, Beppe Chia on my left - with whom I had work in the past - and Steven Guarnaccia on my right, who was conducting the interview. Despite this, I remember being neither loose nor too comfortable, I guess for the same aforementioned speech of the bedroom-intimacy I was used to.
What are you focusing on right now?
I'm almost done with a big project I've been working on for a year: a drawing inspired by the Earthly Paradise of the Triptych of Delights by Bosch, commissioned to decorate a child's bedroom. It's a type of work that I'd never faced before and that has deeply fascinated me. Creating a world that, for better or worse, will shape a person's imagination is a responsibility, and a privilege that should not be underestimated. Once finished, I will pick up some book projects left behind (and gathering dust). Above all, I'll dedicate myself to prepare a new exhibition with my Ufficio Misteri collective.
TAG: Illustrators Exhibition BCBF Visual Identity
back to previous page