Drawing in its most primitive form

an interview with Rasa Jančiauskaitė 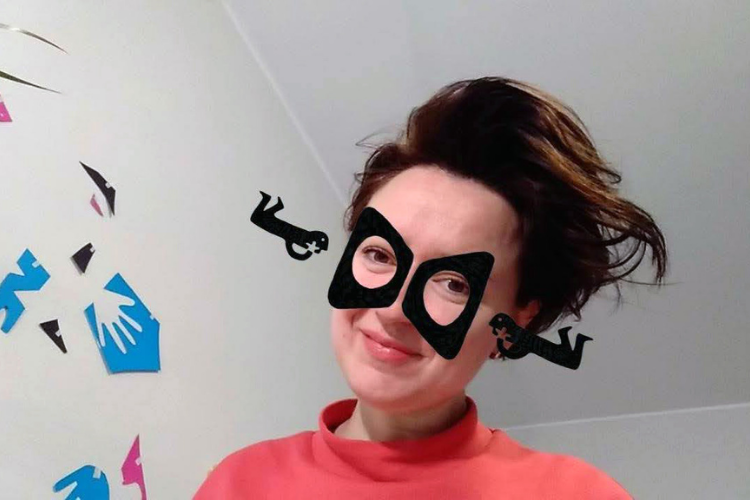 Last year, for the forth edition of the BCBF Visual Identity Workshop, the design studio Chialab together with BCBF team chose the Lithuanian illustrator Rasa Jančiauskaitė among the artists of the 2019 Illustrators Exhibition.

Giving life, shining light, giving birth, incubating and hatching. The egg is a symbol of fertility to be handled with great delicacy.

This gave rise to the egg-idea as something precious and delicate that everyone brings to the Fair to share with others. Representing it in all its purity required the utmost simplicity. This in turn required going back to the origins of representation itself, to primordial expression and the cave. Rasa did research and her work became incisive, direct, spare in the extreme and without colours. It was drawing in its most primitive form, a form that can give rise to new worlds.

Rasa’s drawings included all this - along with a delicately ironic touch.

You've already told Fairtales what your work with Studio Chialab was like. In your case, the visual identity of BCBF 2020 took a different path.
Since the fair was not held in situ, everything happened online, with an explosion of your egg-ideas in the pages of the BCBF website and social networks, reaching an even wider audience. What emotions can you remember about those days?

Working on the BCBF visual identity together with Chialab brought many new experiences for me. I could describe them all with the phrase, "It's hard to believe."

First of all, it was hard to believe that I got a chance to create an idea of identity. Later, creative work began and there wasn’t much time to think about how I felt. I just wanted to create a good project. And when it seemed that the fair was quite close and I would be able to see my work live, in the space for which it was created and feel the sense of presentation and end of the work, everything turned in a completely different, well-known direction. Which no one could have ever imagined. Then it was hard for me to believe that everything I had hoped for, waited for, eventually will not happen. I will not hide, I was very upset that it would only take place online. There was a very strange feeling about the visual identity which I could compare to the book-making process. When you hope to finally hold the book in your hands, feel its format, weight, smell the paper and someone will say that the book will not be printed but there'll only be a pdf version.

I created the identity of the fair by imagining real spaces, stands and people walking around. Since the fair did not take place live, I did not experience a sense of an end of the creative process. This project remained in me as if unfinished. I tried to respond rationally to the changed circumstances and created additional illustrations for the BCBF online edition during the quarantine.

I am grateful and happy that the representatives of the fair reacted very quickly and still organized an online event where the characters of the identity spread widely. It is a great honor and joy. However, I feel that that “creative egg” - the symbol of the 2020 visual identity - remained in my hands, did not have the opportunity to be born in reality, only in the virtual space... Well, in my old age, I'll be able to remember that I created the BCBF 2020 visual identity in the strangest year imaginable! 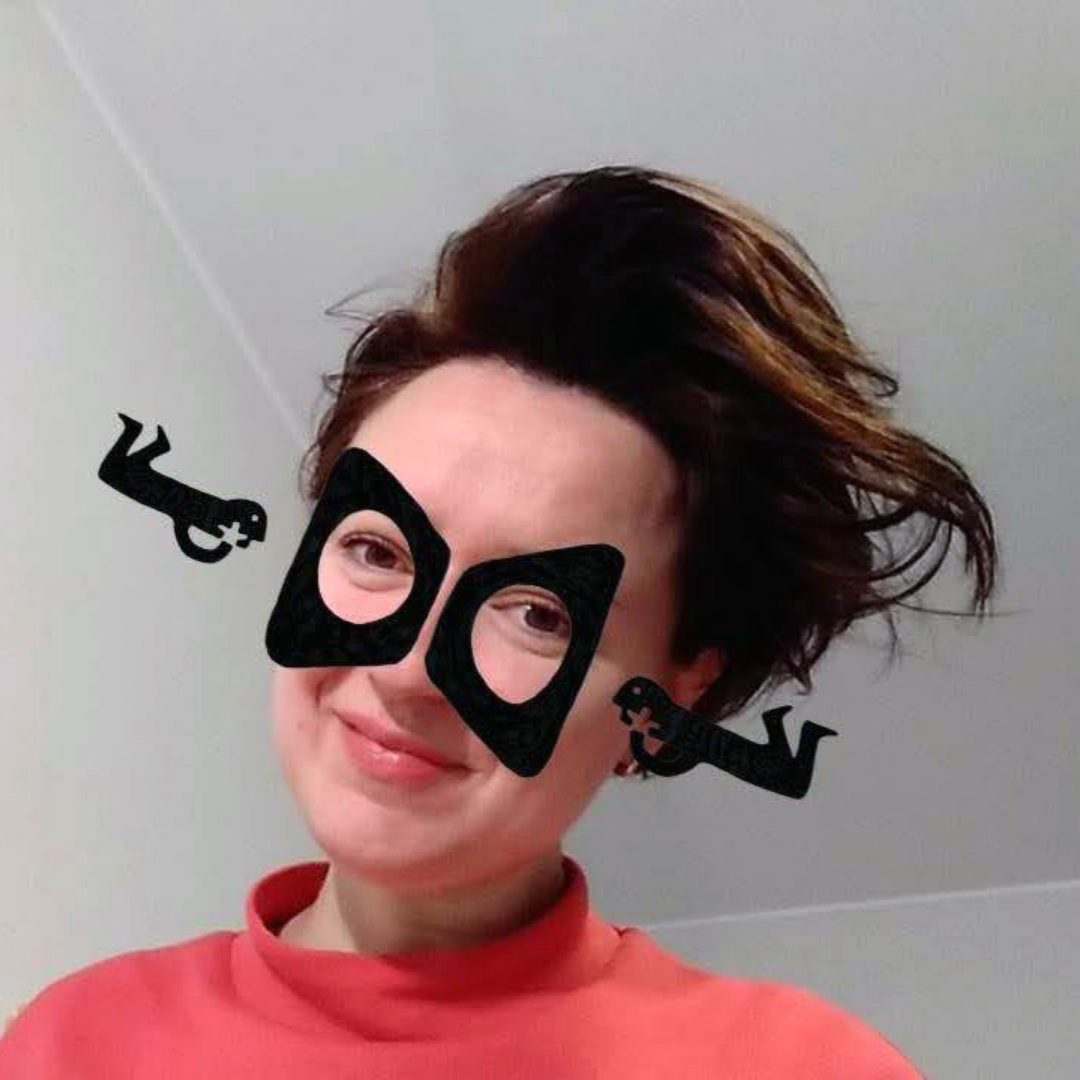 The creative process helped me to escape the thoughts of the virus during quarantine.

What are you focusing on now? Are you working on a project you'd like to tell us more about?

When the BCBF online fair ended, after a rather tense time and a lot of unusual attention in my life, the courtain lowed. It lasted for several months. There were no letters, no projects, no suggestions, and I felt I had emptied my creative reserve.

However, I had received a scholarship from the Lithuanian Council for Culture to create a book. So I took the time to experiment and create my own picture book "Home". This book is about the snail and the house. Also, it’s about a having good relationship with yourself and the environment. Creative process helped me to shy away from the thoughts of the virus and quarantine. In fact, things went really well and this picture book of mine was selected for dPICTUS "Unpublished Picture Books Showcase". For me, it was another great appreciation and encouragement for further developments. Life became a little more active again and new opportunities emerged. When the situation turned  a bit safer and the government allowed us in Lithuania to meet people, I continued my visits to the refugee center in Pabrade, where I run creative workshops for children. This activity is very dear to my heart, because even without speaking the language, I can visually communicate with children and share creative relaxation, the joy of freely improvising and creating.

One of the nice invitations came thanks to the BCBF 2019 fair catalogue. I was invited to participate in the Children's Rights Illustration Exhibition inspired by an article on the Convention on the Rights of the Child. The 23th article was assigned to me:

Every child with a disability should enjoy the best possible life in society. Governments should remove all obstacles for children with disabilities to become independent and to participate actively in the community.

Large-scale illustrations will be exhibited, so I had the challenge of creating large drawings. The subject was also complex, so it took a long search to find an inspiring and playful way to portray. The exhibition will be hosted in the hall of the Children's Museum of Rome and is organized by the “Explora” and Creative Europe project “Liberty”. The opening date should be specified shortly, because it depends on the situation in the country.

Also, while I was waiting for the upcoming Bologna Book Fair, and the virus was still a distant rumor, several events that were important to me took place in Lithuania. I was invited to create the visual identity of the Vilnius Book Fair Young Readers' Hall. For me, it was a great opportunity to check out what I learned from working with Chialab Studio. In the end, it was the last big event I attended. I’m glad I had the opportunity to see what the drawings look like on the scale of the fair.

Just before the Vilnius Book Fair, my colleagues and I formed a creative union "Group O!" (illustrators: Ieva Babilaite, Rasa Jančiauskaitė, Ausra Kiudulaite). We longed for a sense of community and really wanted to improvise freely while leading a creative workshop. Thus, our first creative activity took place at the Vilnius Book Fair. We ran a “O! workshop” without age limits and rules. That was a large, free-form event where we received a lot of visitors and sincerely admired the participant's freedom and ingenuity. Each one of us have his or her  own individual creative lines, but since then we have been meeting from time to time. We nurture creative friendships and plan projects together.

The other part of my life is teaching. During the quarantine, I have been teaching to the Vilnius Academy of Arts Erasmus students. At the moment I am waiting for the new semester of the school year, because I will teach illustration to students of the Bachelor of Graphic Design.

Today the world is quite different, but I’m glad the creative activity is slowly getting back to what it was. I hope the whole world will soon be open again and it will be possible to meet people in person!