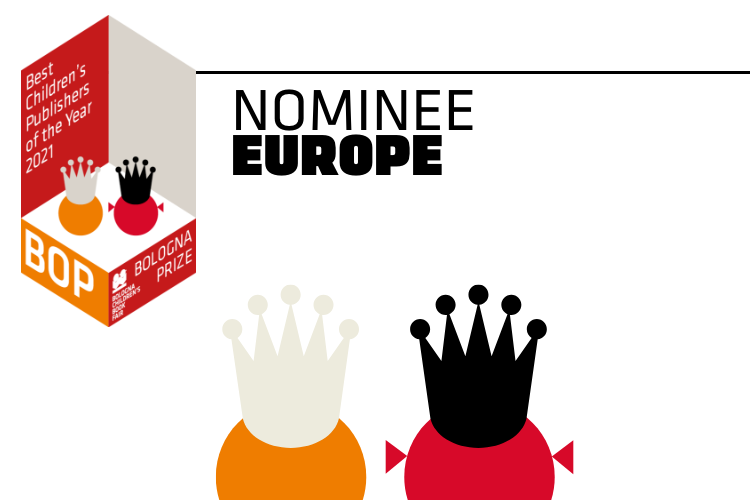 The celebration for the 2021 BOP – Bologna Prize for the Best Children’s Publishers of the Year is a key part of the BCBF Online Special Edition. The BOP Prize is awarded each year to showcase editorial projects, professional skills and intellectual qualities of work from publishing houses all over the world. Let’s meet Topipittori, nominee for Europe!

Topittori is a publisher of children and young adult fiction and non-fiction picture books. It is based in Milan, Italy, and has been created in 2004 by Paolo Canton and Giovanna Zoboli.

Since then, Topipittori published almost 300 books. Its international reach is shown by more than 250 license and co-edition contracts worldwide, and awards and recognitions in countries like France, China, Korea, Brasil, the US and many more. Among its most acclaimed authors and illustrators: Beatrice Alemagna; Simona Mulazzani; Vessela Nikolova; Mariachiara Di Giorgio; Violeta Lopiz.

Topipittori has always considered books as tools to learn, play, achieve intellectual, emotional and aesthetic education. And picture books as essential instruments to avoid a passive approach to knowledge, thinking and feelings, as well as extraordinary media for children to interpret reality and to grow up into a full, responsible, mature independence.