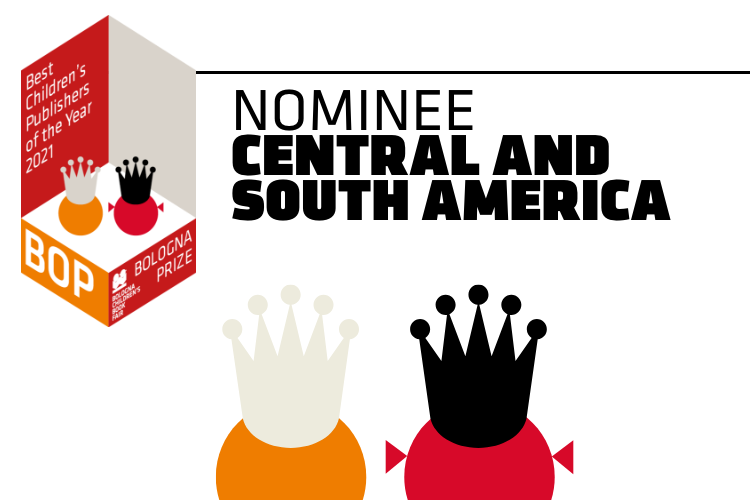 The celebration for the 2021 BOP – Bologna Prize for the Best Children’s Publishers of the Year is a key part of the BCBF Online Special Edition. The BOP Prize is awarded each year to showcase editorial projects, professional skills and intellectual qualities of work from publishing houses all over the world. Let’s meet Editorial Amanuta, nominee for Central and South America!

Amanuta is a publishing company focused mainly on the publication of illustrated children’s books. It was founded in 2002 and has published over 100 titles to date. Amanuta means "with intention" in the Aymara language, since each of our books has been created with intention, dedication, work, and a lot of love. As a publisher, we constantly seek to deliver innovative and creative proposals that adapt to current times. We promote and empower the integral development of boys and girls, with books that stimulate creativity and imagination, and prepare them to face the future. We also combine tradition and modernity, that is, cultural heritage and new concepts in a wide variety of topics, managing to enchant both minors and adults.

Amanuta has received several national and international awards. These include the three mentions received at the Bologna Children’s Book Fair in 2014 for the classic stories written by Gabriela Mistral, in 2016 for the book No des puntada sin hilo and in 2017 for El Camino de Marwan.

New technologies are part of children’s lives, and Amanuta has developed its content on digital platforms. This has led to the development of interactive digital applications of books and numerous titles are also available in digital format such as e-books.